Drone attacks claimed by Iran-aligned Yemeni rebels shut down one of the kingdom's main oil pipelines on Tuesday. 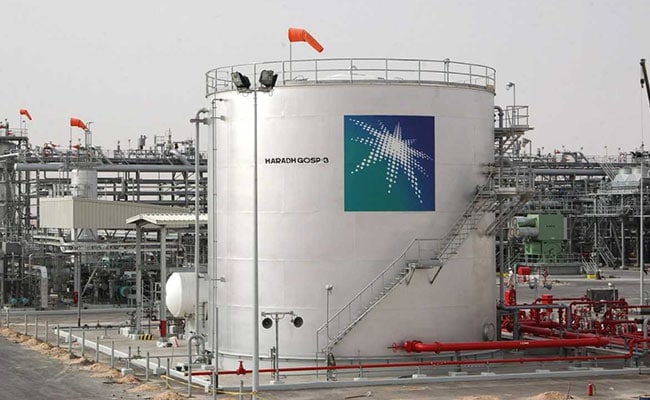 Most Saudi exports are loaded onto tankers at terminals on the kingdom's Gulf coast. (Representational)

Saudi Arabia said Wednesday that attacks on two of its oil tankers and a major pipeline targeted not only its own security but that of the world's supplies.

Drone attacks claimed by Iran-aligned Yemeni rebels shut down one of the kingdom's main oil pipelines on Tuesday, further ratcheting up Gulf tensions after the mysterious sabotage of four ships, two of them Saudi tankers, just outside the Gulf on Sunday.

"The cabinet affirms that these acts of terrorism and sabotage ... do not only target the kingdom but also the security of world oil supplies and the global economy," it said after a meeting chaired by King Salman in the Red Sea city of Jeddah on Tuesday evening.

Tuesday's drone strikes hit two pumping stations on the kingdom's east-west pipeline, which can carry five million barrels of crude per day and provides a strategic alternative route for Saudi exports if the shipping lane from the Gulf through the Stait of Hormuz is closed.

Yemen's Huthi rebels claimed responsibility for the strikes and said they were a response to "crimes" committed by Saudi Arabia and its allies during more than four years of war in support of the government.

The Saudi tankers Al-Marzoqah and Amjad suffered "significant damage" in as yet unexplained sabotage attacks in the Sea of Oman off the United Artab Emirates on Sunday, Energy Minister Khalid al-Falih said, but there were no casualties or any oil spill.

Neither Saudi Arabia nor the UAE, both close allies of the United States, have yet given details on the exact nature of those attacks, which come amid heightened tensions between Washington and Riyadh's arch rival Tehran.

The Saudi cabinet called for "confronting terrorist entities which carry out such sabotage acts, including the Iran-backed Huthi militias in Yemen."

Saudi Arabia, the world's largest exporter of oil, currently pumps around 10 million barrels per day of which around seven million bpd are exported.

At present, most Saudi exports are loaded onto tankers at terminals on the kingdom's Gulf coast and must pass through the Strait of Hormuz.