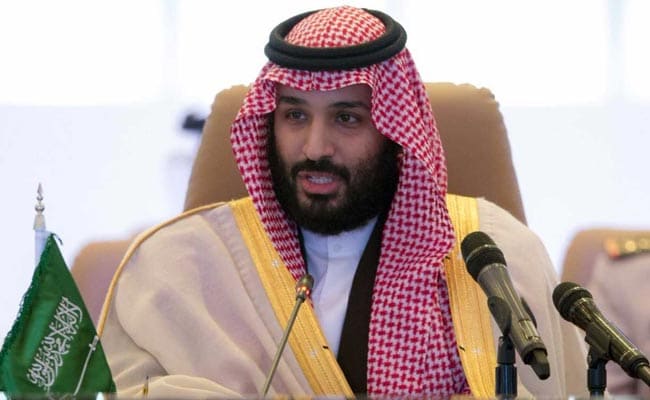 The Saudi Arabia government expects the budget deficit to narrow to about 7.3 percent of GDP

Saudi Arabia will boost spending in an attempt to revive economic growth as the government enters a critical 12 months for Crown Prince Mohammed bin Salman's plan to prepare the kingdom for the post-oil era.

The government expects the budget deficit to narrow to about 7.3 percent of gross domestic product from almost 9 percent this year.

After two years of austerity measures prompted by the collapse in oil prices, officials are shifting attention to growth as they try to balance the need to rebuild state coffers while avoiding crippling private businesses. A return to growth could make it easier to push major elements in the prince's long-term plan in 2018: the introduction of value-added taxation and selling a stake in state-run oil giant Aramco to help create the world's largest sovereign wealth fund.

This year the kingdom "found it appropriate to move to a more optimistic scenario" in its fiscal planning, Economy Minister Mohammad Al Tuwaijri told a news conference in Riyadh. "We're very satisfied with what happened in 2017, and we'll continue on this journey."

Highlights from the budget release include:

- Capital spending will increase by more than 13 percent.

- The economy is expected to grow 2.7 percent next year after contracting 0.5 percent in 2017.

- Inflation is expected to reach 5.7 percent from a negative rate at the end of 2017.

- The government expects to spend 32 billion riyals in 2018 on a cash-transfer program designed to protect middle- and lower-income Saudi families from the planned increase in fuel and electricity prices.

- Achieving the fiscal balance goal was delayed to 2023 from an initial target of 2019.

"The non-oil revenue, especially the tax revenue, looks optimistic especially since we think non-oil activity will not see the same boost as projected in the budget," said Monica Malik, chief economist at Abu Dhabi Commercial Bank.

"In fact, we think there could be a moderate decrease in real non-oil GDP growth with the introduction of VAT and the increase in electricity prices," she said.

The economy contracted in 2017 after the kingdom led efforts by OPEC and non-OPEC members to cut crude production to boost prices, and austerity measures weighed on non-oil industries, which expanded 1.5 percent.

Last week, the government announced a 72 billion-riyal stimulus package to be spent over the next few years. Officials have indicated that they will raise domestic fuel prices at a slower pace than previously targeted.

Promoted
Listen to the latest songs, only on JioSaavn.com
"Higher oil prices allow for more of a balance between cutting the deficit and priming the pump for growth," said Hasnain Malik, head of equities research at Exotix Partners Dubai. "The budget should be seen in that context."