Saudi has revealed plans to build NEOM, a mega project billed as a regional Silicon Valley, in addition to an entertainment city in Riyadh that would rival Walt Disney and the Red Sea project, a reef-fringed resort destination. 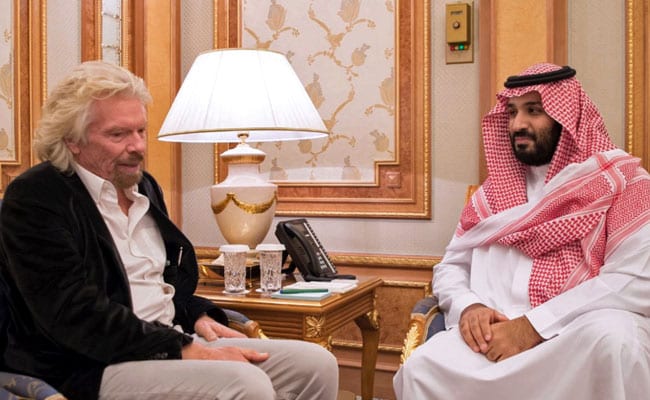 Riyadh, Saudi Arabia: From a holographic lion to talking robots and flying taxis, Saudi Arabia has dazzled investors with plans for hi-tech "giga projects" -- but sceptics question their viability in an era of cheap oil.

The kingdom has revealed plans to build NEOM, a mega project billed as a regional Silicon Valley, in addition to an entertainment city in Riyadh that would rival Walt Disney and the Red Sea project, a reef-fringed resort destination.

The blueprints for the projects were on display to 3,500 corporate honchos at this week's Future Investment Initiative (FII) -- dubbed "Davos in the Desert" -- that sought to project the insular kingdom as a business destination.

But serious questions remain about Saudi Arabia's ability to execute such projects, funded in part by its sovereign wealth fund, as it scrambles to diversify its economy amid a protracted oil slump. 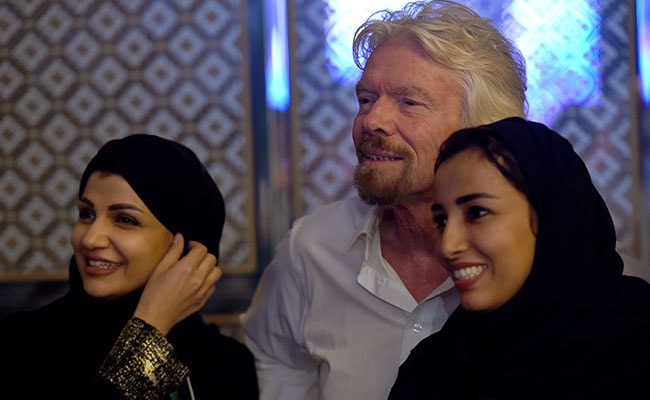 The Future Investment Initiative in Riyadh was dubbed the "Davos in the Desert". (AFP)

"Saudi Arabia's continual roll-out of new initiatives and investment plans... conveys the image of dynamism. However, the government does not have the capacity to carry out multiple ambitious programs."

The projects, unprecedented in their scale and ambition, could create funding pressures at a time when the government faces a yawning budget deficit and growth in the kingdom's non-oil economy has nearly ground to a halt.

"My crystal ball is a bit hazy," said Alan Lowe from the American Business Group of Riyadh

"We have seen nothing like this before. We'll have to see" how the projects unfold, he told AFP. 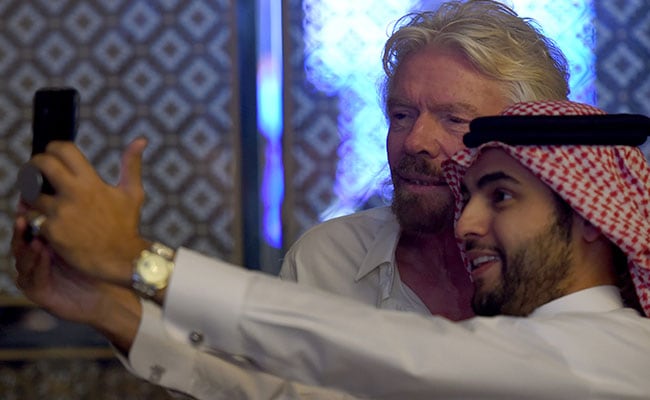 Richard Branson has pledged to invest but others are yet to make concrete commitments. (AFP)

The projects, worth hundreds of billions of dollars, are the brainchild of Crown Prince Mohammed bin Salman, a self-styled liberal change agent who is the chief architect of the sweeping "Vision 2030" reform programme.

To demonstrate the change he envisions, he held up an old Nokia in one hand and a stylish iPhone in the other at the FII summit, a comparison that resonates with gadget-obsessed millennials.

He is seeking a support base among the kingdom's youth but faces a real challenge convincing the population that his reforms will lead to job creation at a time of staggering unemployment.

The $500-billion NEOM, which means "new future" in a combination of English and Arabic abbreviations, will be a biotech and digital hub spread over 26,500 square kilometres (10,000 sq miles) in an area facing Jordan and Egypt.

In a slick promotional video featuring the project, women were seen jogging in sports bras and working alongside men in laboratories, an image that contrasts with the country's notorious dress code.

Its service economy will be staffed by robots, it said. And in a move to display that ambition, Saudi Arabia this week granted citizenship to a robot named Sophia.

But the kingdom has "poor form" when it comes to implementing large-scale projects, research firm Capital Economics said in a report.

It cited the example of the King Abdullah Economic City near Jeddah, which was supposed to rival Dubai as a trading hub, but the project has been dogged by repeated delays.

But proponents of the projects say this time is different as the projects are directly overseen by the reformist prince, who has amassed extraordinary power and is seen as a king-in-waiting.

The prince said the regulatory framework for NEOM will be designed by the private sector to encourage investment, a departure from previous  projects which were caught up in the country's sluggish bureaucracy.

"Saudi Arabia is in a chicken and egg situation," said a top Saudi executive who did not wish to be identified.

"What come first? For us it's the chicken" -- which symbolises creating the right regulatory environment for investment, he told AFP.

The kingdom's Public Investment Fund (PIF), which aims to double its assets to nearly $400 billion by 2020, will be the primary investor in the projects.

Some private sector beneficiaries of PIF, such as billionaire tycoon Richard Branson have also pledged to invest but others are yet to make concrete commitments.

However, the ambition behind the projects -- catching the eye of participants with a holographic lion and simulated rollercoaster on the sidelines of the summit -- is seen by many as an economic coming-out party of sorts for the kingdom.

"For the first time Saudi Arabia is looking not at what's in the ground but outside," said Brian Ackerman, an American landscape architect and designer who attended FII, referring to the kingdom's oil wealth.

Promoted
Listen to the latest songs, only on JioSaavn.com
"It's not the mountains, oceans, driverless cars and robots that's inspiring, it's the vision. The leadership is saying: 'Come on, jump on this train.' That's step one."