According to the mayor's office, the city has confirmed 261 cases of Monkeypox. There are reportedly 799 cases in California, over 4,600 cases in the United States, and more than 19,000 cases globally in 76 countries. 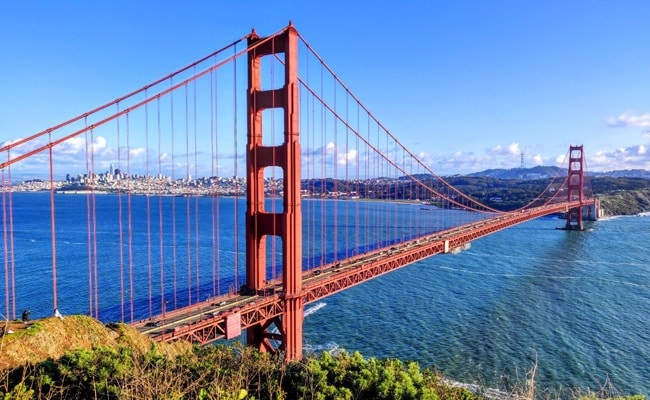 The virus is transmitted from one person to another by very close contact. (Representational)

Monkeypox has been declared a "local emergency" in San Francisco on Thursday, making it the first major US city to do so, CNN reported. Effective until August 1, San Francisco's Department of Public Health said the measure will help "speed up and streamline to better respond to Monkeypox".

San Francisco Mayor London N. Breed said, "San Francisco showed during COVID that early action is essential for protecting public health ... We know that this virus impacts everyone equally - but we also know that those in our LGBTQ community are at greater risk right now."

According to the mayor's office, the city has confirmed 261 cases of Monkeypox. There are reportedly 799 cases in California, over 4,600 cases in the United States, and more than 19,000 cases globally in 76 countries.

Director of Health Dr. Grant Colfax added that the declaration helps ensure the the city has all the tools available to augment "outreach, testing and treatment, especially to the LGBTQ+ who remain at highest risk for Monkeypox".

Furthermore, the Mayor said that the demand for vaccines remains high in San Francisco, and additional supply is needed to stop community spread.

While the San Francisco Department of Public Health had initially requested 35,000 doses of the Monkeypox vaccine to meet the needs of San Franciscans, to date the City has only received approximately 12,000 doses, a statement from the Mayor's office read.

Members of the LGBTQ community in the city expressed anger and frustration at a city hearing last week, AP reported, saying they were relying on social media as the San Francisco Public Health Department had not dispensed basic information on testing or vaccine availability.

Monkeypox is a virus transmitted from humans to animals with symptoms very similar to those seen in the past in smallpox patients, the WHO said.

The virus is transmitted from one person to another by very close contact with lesions, bodily fluids, respiratory droplets and contaminated materials such as bedding.

According to the US Center for Disease Control and Prevention, the main symptoms are a fever headache, muscle aches, backache, swollen lymph nodes, chills, exhaustion, and importantly, a rash that can look like pimples or blisters.