The comment had attracted quite a bit of attention on social media Thursday and elicited a passionate response from the White House. 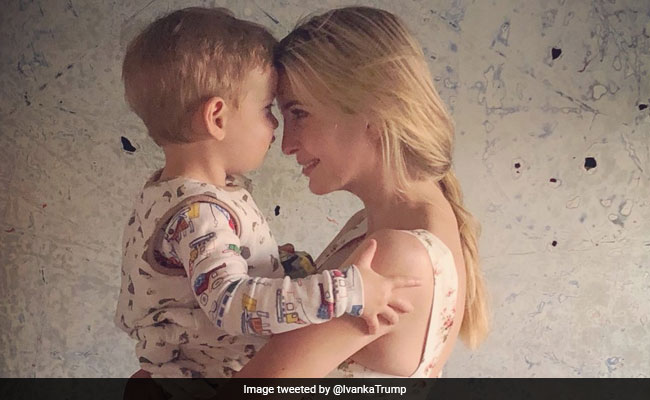 Samantha Bee apologized Thursday for describing Ivanka Trump with a vulgarity on her TBS show "Full Frontal" that shocked advertisers and prompted an outraged response from the White House.

"I would like to sincerely apologize to Ivanka Trump and to my viewers for using an expletive on my show to describe her last night," Bee said in a statement to The Post. "It was inappropriate and inexcusable. I crossed a line, and I deeply regret it."

Ivanka Trump, a senior White House adviser and the president's elder daughter, sparked online outrage Sunday when she tweeted a photo of herself with her younger son around the same time as reports circulated that the U.S. government had lost track of nearly 1,500 migrant children last year. During a segment Wednesday night criticizing the administration's immigration practices, Bee said, "You know, Ivanka, that's a beautiful photo of you and your child. Let me just say, one mother to another, do something about your dad's immigration practices, you feckless c---. He listens to you."

The comment had attracted quite a bit of attention on social media Thursday and elicited a passionate response from the White House.

"The language used by Samantha Bee last night is vile and vicious," White House press secretary Sarah Huckabee Sanders said in a statement to The Washington Post prior to Bee's public apology. "The collective silence by the left and its media allies is appalling. Her disgusting comments and show are not fit for broadcast, and executives at Time Warner and TBS must demonstrate that such explicit profanity about female members of this administration will not be condoned on its network."

TBS later apologized in a separate statement: "Samantha Bee has taken the right action in apologizing for the vile and inappropriate language she used about Ivanka Trump last night. Those words should not have been aired. It was our mistake too, and we regret it."

As of early Thursday evening, Autotrader, an online marketplace for cars, and State Farm stated that they would be suspending their respective sponsorships of the TBS show.

A number of Twitter users equated Bee's words with Roseanne Barr's racist tweet about former Obama adviser Valerie Jarrett that eventually led to the cancellation of her ABC series.

One America News Network host Liz Wheeler tweeted that she is "waiting for the liberal outrage and firing of Samantha Bee." NBC's Megyn Kelly called Bee's language "disgusting" and criticized the media coverage of Bee's segment.

"How is this acceptable?" Kelly wrote on Twitter. "And how are we expected to take any of these publications seriously if they gleefully repost something like this at the same time they (rightfully) condemn @therealroseanne?"

CNN's Brian Stelter said that there would be "widespread criticism" of a conservative comedian disparaging Chelsea Clinton in a similar manner.

"How about we debate Trump's policies without resorting to profanity?" he added.

Radio host Erick Erickson tweeted that equating Bee's words with Barr's tweet is valid, adding that "most of you who think it is [false equivalence] would agree with me if it was someone other than a Trump being attacked."

The rebuttals have been that this form of vulgar language doesn't compare to Barr's comment perpetuating racism and her history of doing so.

A majority of Bee's segment concerned other officials in the Trump administration. After joking that she had popped an Ambien, a reference to Barr's explanation for the tweet, she made a comparison of her own.

"Tearing children away from their parents is so evil," she said. "It's the inciting incident in almost every movie we've ever cared about."

A few examples? "Taken," "Kidnap" and, of course, "Finding Nemo." Bee then addressed claims that questionable immigration policies predate the Trump presidency: "They're half right. We have had awful immigration practices since, well, always . . . Donald Trump didn't invent this issue. He's just making it so much worse."

A number of recent interviews with conservative politicians serve as proof, according to Bee. Former senator Rick Santorum, a Republican, said Sunday on CNN that "we lose people all the time." Earlier in the month, White House Chief of Staff John Kelly told NPR correspondent John Burnett that the migrant children would be put into foster care "or whatever." Kirstjen Nielsen, the Homeland Security secretary, argued on C-SPAN that families are separated "because they're breaking the law."

"We know this isn't just about breaking the law because you're also doing this to families who are legally seeking asylum," Bee responded. "After decades of ignoring the issue, Americans are finally paying attention. Well, most of us."

The exception, she argued, being Ivanka Trump.

(Except for the headline, this story has not been edited by NDTV staff and is published from a syndicated feed.)
Comments
Ivanka TrumpSamantha BeeDonald Trump