The sales of oil or oil products from Russia, the world's second biggest oil exporter and a veto-wielding member of the United Nations Security Council, breach UN sanctions, the security sources said. 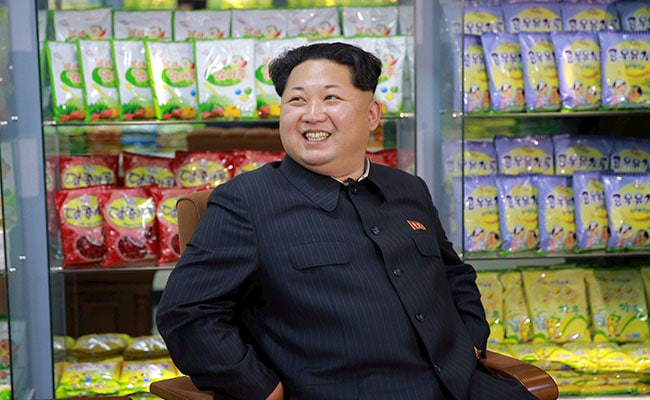 London/Moscow: Russian tankers have supplied fuel to North Korea on at least three occasions in recent months by transferring cargoes at sea, according to two senior Western European security sources, providing an economic lifeline to the secretive Communist state.

The sales of oil or oil products from Russia, the world's second biggest oil exporter and a veto-wielding member of the United Nations Security Council, breach UN sanctions, the security sources said.

The transfers in October and November indicate that smuggling from Russia to North Korea has evolved to loading cargoes at sea since Reuters reported in September that North Korean ships were sailing directly from Russia to their homeland.

"The Russian vessels made transfers at sea to the North Koreans," the first security source, who spoke on condition of anonymity, told Reuters. The source said the transfers of oil or oil products took place on several occasions and were a breach of sanctions.

A second source, who independently confirmed the existence of the Russian ship-to-ship fuel trade with North Korea, said there was no evidence of Russian state involvement in the latest transfers.

"There is no evidence that this is backed by the Russian state but these Russian vessels are giving a lifeline to the North Koreans," the second European security source said.

The two security sources cited naval intelligence and satellite imagery of the vessels operating out of Russian Far Eastern ports on the Pacific but declined to disclose further details to Reuters, saying it was classified.

The Russian Customs Service declined to comment when asked on Wednesday if Russian ships had supplied fuel to North Korean vessels. The owner of one ship accused of smuggling oil to North Korea denied any such activity.

The US State Department, in a statement, called on Russia and other UN members to "strictly implement" sanctions on North Korea and to work "more closely together to shut down UN-prohibited activities, including ship-to-ship transfers of refined petroleum and the transport of coal from North Korea".

The latest report came as China, responding on Friday to criticism from US President Donald Trump, denied it had illicitly shipped oil products to North Korea.

North Korea relies on imported fuel to keep its struggling economy functioning. It also requires oil for its intercontinental ballistic missile and nuclear programme that the United States says threatens the peace in Asia.

"The vessels are smuggling Russian fuel from Russian Far Eastern ports to North Korea," said the first security source, who spoke on condition of anonymity.

Reuters was unable to independently verify that the vessels had transferred fuel to North Korean vessels, whether the Russian state knew about the sales or how many Russian vessels were involved in the transfers. It was also unclear how much fuel may have been smuggled.

Ship satellite positioning data consulted by Reuters and available on Reuters Eikon shows unusual movements by some of the Russian vessels named by the security sources including switching off the transponders which give a precise location.

The security sources said the Russian-flagged tanker Vityaz was one vessel that had transferred fuel to North Korean vessels.

The Vityaz left the port of Slavyanka near Vladivostok in Russia on Oct. 15 with 1,600 tonnes of oil, according to Russian port control documents.

Documents submitted by the vessel's agent to the Russian State Port Control authority showed its destination as a fishing fleet in the Japan Sea. Shipping data showed the vessel switched off its transponder for a few days as it sailed into open waters.

According to the European security sources, the Vityaz conducted a ship-to-ship transfer with the North Korean Flagged Sam Ma 2 tanker in open seas during October.

Reuters could not independently verify the transfer as ship tracking data showed that the Sam Ma 2 had turned off its transponder from the start of August.

The owner of the Russian vessel denied any contact with North Korean vessels but also said it was unaware that the vessel was fuelling fishing boats.

"Absolutely no, this is very dangerous," Guk told Reuters by telephone. "It would be complete madness."

When contacted a second time, Guk said the vessel did not have any contacts with North Korean ships and that he would not answer further questions.

An official at East Coast Ltd, the vessel's transport agent, declined to comment.

Two other Russian flagged tankers made similar journeys between the middle of October and November, leaving from the ports of Slavyanka and Nakhodka into open seas where they switched off their transponders, shipping data showed.

In September, Reuters reported that at least eight North Korean ships that left Russia loaded with fuel this year headed for their homeland despite declaring other destinations, a ploy that US officials say is often used to undermine sanctions.

A Russian shipping source with knowledge of Far Eastern marine practices said North Korean vessels had stopped loading fuel in Russia's Far Eastern ports but that fuel is delivered at sea by tankers using ship-to-ship transfers, or even by fishing vessels.

China on Friday denied reports it had been illicitly selling oil products to North Korea in violation of UN sanctions, after US President Donald Trump said he was unhappy that China had allowed oil to reach the isolated nation.

China's denial came a day after it blocked a US effort at the United Nations to blacklist six ships Washington believes had engaged in illicit trade with North Korea, a UN Security Council diplomat said.

According to documents seen by Reuters this month, the United States had proposed that the UN Security Council blacklist 10 ships for illicit trade with North Korea.

It accused the vessels of "conducting illegal ship-to-ship transfers of refined petroleum products to North Korean vessels or illegally transporting North Korean coal to other countries for exports."

Three North Korean ships among the 10 were blacklisted, along with a Panama-registered vessel.

(Except for the headline, this story has not been edited by NDTV staff and is published from a syndicated feed.)
Comments
North KoreaRussia