A judge in Russia's fourth-largest city has convicted a blogger who played "Pokemon Go" in a renowned Orthodox cathedral of inciting religious hatred and insulting the feelings of believers, the state RIA-Novosti news agency reported Thursday. 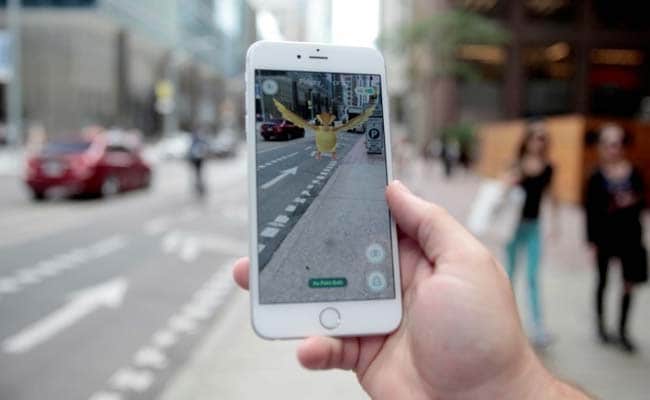 Russian blogger was convicted for playing Pokemon Go in the church. (Representational Image)

MOSCOW: A judge in Russia's fourth-largest city has convicted a blogger who played "Pokemon Go" in a renowned Orthodox cathedral of inciting religious hatred and insulting the feelings of believers, the state RIA-Novosti news agency reported Thursday.

Ruslan Sokolovsky, 22, was given a suspended sentence of 3½ years for playing the mobile phone game during a service in the Church of All Saints in the Ural mountain city of Yekaterinburg last August.

The argument could be made that he got off easy.

The maximum sentence under a law that prevents the "violation of the right to freedom of conscience and belief" is seven years imprisonment, though prosecutors only asked for half of that.

"But, you know, I didn't catch the rarest Pokemon that you could find there - Jesus," Sokolovsky, says at the end of a YouTube video he posted of himself playing the game. "They said it doesn't even exist, so I'm not really surprised."

In the video, Sokolovsky dismisses warnings in the Russian media that playing the game, which had a wild run of popularity last summer, could result in jail time.

The charge against Sokolovsky is the same offense that led to the two-year prison sentence handed to two women from the punk-rock collective Pussy Riot, after the group staged a protest against Russian President Vladimir Putin at an Orthodox cathedral in Moscow in 2012.

The Church of All Saints holds special meaning for Orthodox Christians because it was built on the site where Russian authorities say the last czar of Russia, Nicholas II, was murdered along with his family. The judge said that Sokolovsky had insulted not just Christians, but also Muslims, and that his actions had sent a message of hatred to the church and its leader, Patriarch Kirill, according to RIA-Novosti.

Sokolovsky, 22, pleaded not guilty and expressed shock at the conviction, RIA-Novosti reported.

"I may be an idiot, but I am by no means an extremist," said Sokolovsky in a statement earlier this year, according to the Russian news site Meduza.

He compared the charge against him to those imposed under Joseph Stalin for joking about communism.

The human rights group Amnesty International has called Sokolovsky a "prisoner of conscience" and criticized the Russian government for detaining the blogger "solely for the peaceful exercise of his right to freedom of expression."

A Russian TV channel banned an episode of the popular cartoon The Simpsons in which Homer plays "Pokemon Go" during a church service after Russian Orthodox Church leaders complained it was offensive.

Russia is not the only country to that tried to limit the Pokemon Go craze after the game was introduced last August. The altered reality game involves catching virtual monsters in public places using the mobile phone camera.

A court in India said that the game "tramples religious sentiments."

Promoted
Listen to the latest songs, only on JioSaavn.com
"Playing the game is not appropriate in the museum, which is a memorial to the victims of Nazism," Andrew Hollinger, the museum's communications director, told The Post. "We are trying to find out if we can get the museum excluded from the game."