Russian Claims Of Bat Bioweapon Labs In Ukraine Dismissed By US

They made the allegation at a council meeting called at Russia's request to discuss its allegations that Ukraine is developing biological weapons. 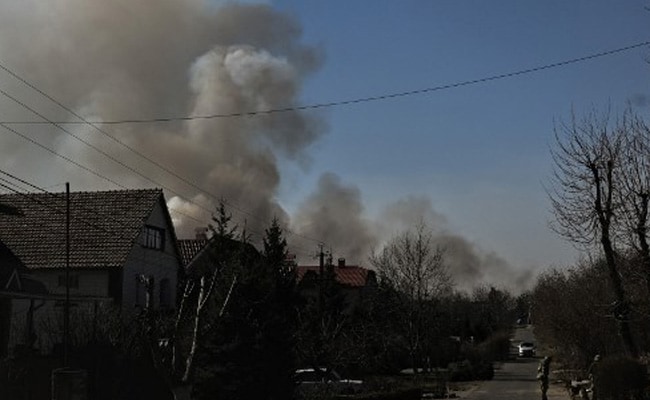 Critics say Russian allegations maybe a subterfuge for using such weapons in war in Ukraine.

Russia is using the UN Security Council to spread disinformation and propaganda about its invasion of Ukraine, six Western members states said Friday.

They made the allegation at a council meeting called at Russia's request to discuss its allegations that Ukraine is developing biological weapons.

"Russia is once again attempting to use this council to launder its disinformation, spread its propaganda, and justify its unprovoked and brutal attack on Ukraine," the six countries with seats on the council said in a statement read out by US ambassador Linda Thomas-Greenfield.

She was accompanied by representatives of France, Norway, Albania, Ireland and Britain.

Last week the council held a meeting on the same issue, also at Russia's request.

At Friday's meeting the United States reiterated that Ukraine has no biological weapons program.

Critics say the Russian allegations maybe a subterfuge for using such weapons themselves in the war in Ukraine.

"We continue to believe it is possible that Russia may be planning to use chemical or biological agents against the Ukrainian people," said Thomas Greenfield.

Western states said it was Russia that has expertise in chemical and biological weapons, as Russia repeated its allegations that Ukraine has bioweapon labs.

As was the case last week, Izumi Nakamitsu, UN high representative for disarmament issues, said his department had no knowledge of a Ukrainian biological weapons department or a mandate to carry out an investigation.

BioweaponsRussia accuses Ukraine of having bioweapon labsUS on Russia-Ukraine war