As ties continue to deepen between Tehran and Moscow as Iran continues to deny supplying weapons to Russia, the action has received widespread condemnation from across the globe. 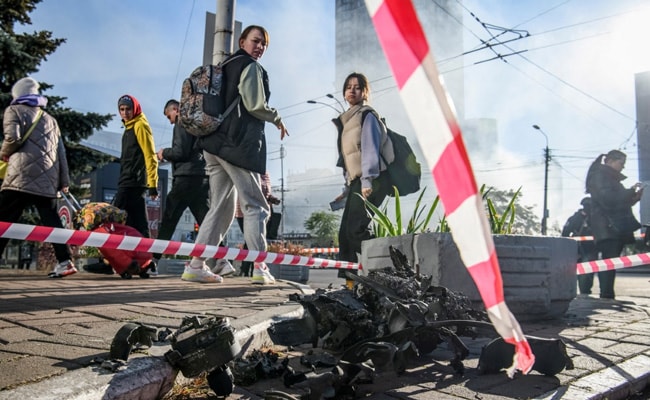 Amid the escalation of war between Moscow and Kyiv, the Ukrainian President, Volodymyr Zelensky on Wednesday said that Russia has used nearly 400 Iranian drones against the civilian population of Ukraine, according to Ukrainian media publication The Kyiv Independent.

The Ukrainian President claimed that about 400 Iranian-made Shahed-136 kamikaze drones were used in multiple explosions that took place in Kyiv and targeted the country's civilian population.

As ties continue to deepen between Tehran and Moscow as Iran continues to deny supplying weapons to Russia, the action has received widespread condemnation from across the globe.

Ukraine's capital city Kyiv was rocked by multiple explosions earlier on October 17 by "Kamikaze" drones and several residential buildings were damaged during the attack following which Kyiv claimed Moscow used Iranian-supplied drones in the strikes against major Ukrainian cities in recent weeks and pleaded with Western countries to step up their assistance in the face of the new challenge.

The war between Russia and Ukraine has only escalated after a truck recently exploded on the Crimea road bridge, causing seven fuel tanks of a train heading to the Crimean Peninsula to catch fire. Three people were killed in the blast, which also led to the partial collapse of two spans of the road bridge.

The Crimean Bridge was opened in 2018 by Russian President Vladimir Putin, four years after Moscow annexed Crimea and was designed to link the peninsula to Russia's transport network.

The 19-kilometre bridge, which runs across the Kerch Strait and connects Crimea with mainland Russia, consists of a railway and vehicle sections. It became fully operational in 2020.

Earlier, the transport ministry had said the bridge, which consists of two parallel routes for automobiles and trains, will possibly open to trains by 8 pm Moscow time (1700 GMT) on Saturday.