Russia-Ukraine War: Ukraine's Zaporizhzhia nuclear power plant, which is under Russian control, was rocked by shelling on Sunday. 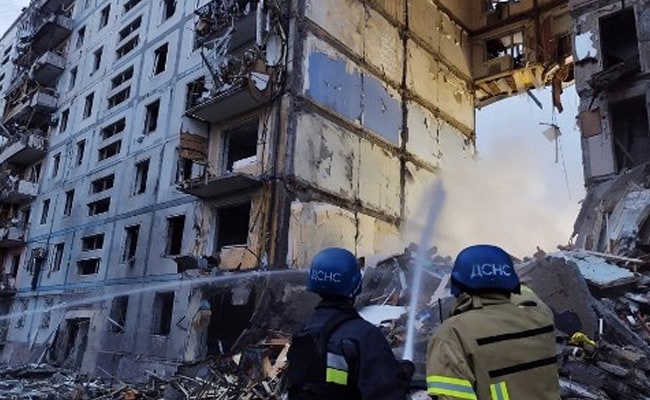 Ukraine says it was Russia that shelled the plant. (File)

The Kremlin said on Monday it was concerned by what it said was repeated Ukrainian shelling of the Zaporizhzhia nuclear power plant and called on global powers to ensure that Kyiv ceased attacks on Europe's largest nuclear power station.

Ukraine's Zaporizhzhia nuclear power plant, which is under Russian control, was rocked by shelling on Sunday, drawing condemnation from the U.N. nuclear watchdog which said such attacks risked a major disaster.

"This cannot but cause our concern," Kremlin spokesman Dmitry Peskov told reporters. "We call on all countries of the world to use their influence so that the Ukrainian armed forces stop doing this."

Ukraine says it was Russia that shelled the plant. Reuters was unable to independently verify which side was responsible.

Repeated shelling of the plant in southern Ukraine has raised concern about the potential for a grave accident just 500 km (300 miles) from the site of the world's worst nuclear accident, the 1986 Chornobyl disaster.