Russia-Ukraine crisis: A Russian spokesman said that Belarusian President Alexander Lukashenko said he would "create the conditions" for such a summit. 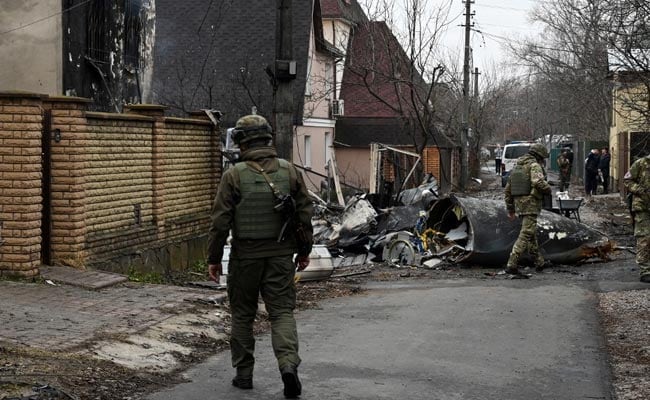 Russia-Ukraine crisis: Minsk was the host city for previous peace talks and agreements.

The Kremlin on Friday said President Vladimir Putin was ready to send a delegation to Belarus for talks with Ukraine, as Russian forces approached Kyiv on the second day of Moscow's invasion.

Kremlin spokesman Dmitry Peskov said the Russian leader was "ready" to send a high-level delegation "for talks with a Ukrainian delegation" to Belarusian capital Minsk, which has previously hosted rounds of peace talks over the Ukraine crisis.

He said Putin's ally, Belarusian President Alexander Lukashenko, told him that he would "create the conditions" for such a summit.

Russia has thousands of troops stationed in Belarus, and Ukraine said it was being attacked from several sides -- including from Belarus.

Ukrainian President Volodymyr Zelensky had repeatedly called for talks with the Russian leader during a weeks-long diplomatic push in which Western countries tried to deter Putin from launching an attack.

Hours before Putin announced he was sending troops to Ukraine, Zelensky said he tried to call the Kremlin chief but "there was no answer, only silence".

As Russian troops closed in on Kyiv on Friday, Zelensky issued a new statement urging talks.

"I would like to address the President of the Russian Federation once again. Fighting is going on all over Ukraine. Let's sit down at the negotiating table to stop the deaths of people," he said.

Putin announced the start of a military operation against Ukraine in the hourly hours of Thursday, when Moscow was asleep.

He did so after recognising two pro-Moscow separatist republics in eastern Ukraine as independent.

The West has imposed a barrage of international sanctions on Moscow in response, but Ukraine has said it should do more.