Russia-Ukraine Crisis: The 40,000 troop-strong NATO Response Force is designed to be ready 365 days-a-year to respond within 2-3 days when a security crisis emerges. 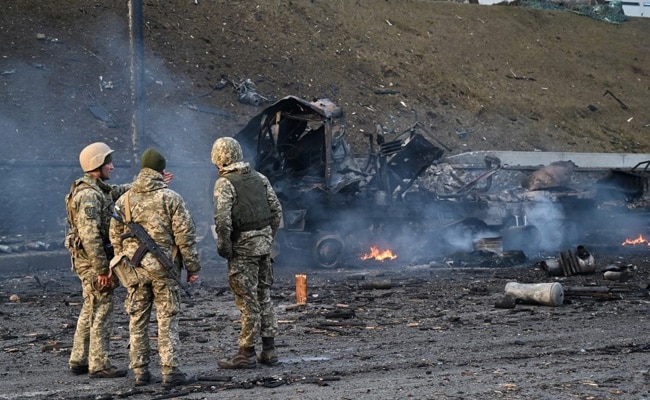 Ukraine war: The NATO Force will not be deployed to Ukraine which is not a member of the alliance.

The North Atlantic Treaty Organization (NATO) alliance is deploying its rapid response force for the first time ever to bolster its eastern flank in the face of Russia's invasion of Ukraine.

Here are some facts and figures on what is considered NATO's most response-ready element.

The 40,000 troop-strong NATO Response Force is designed to be ready 365 days-a-year to respond within two or three days when a security crisis emerges.

All 30 members of NATO must agree to activate the force, which they did on Thursday, though it will not be deployed to Ukraine, which is not a member of the alliance.

Created in 2002 to accelerate NATO's response capability, the force consists of land, air, sea and special operation forces and is intended to respond to a wide gamut of challenges, including disaster relief and evacuations.

In addition to exercises, the Response Force has so far carried out security missions, such as to the Olympic Games in Athens in 2004, and contributed to disaster relief, including after Hurricane Katrina in the United States and a devastating earthquake in Pakistan.

In August 2021, elements of the force also supported the evacuation and relocation of Afghans who worked alongside NATO and their families.

In 2014, in the wake of Russia's annexation of Crimea and conflicts in the Middle East, a special "spearhead" force was attached to the detachment and is considered NATO's highest-readiness element.

Known as the Very High Readiness Joint Task Force, leadership of these 20,000 strong forces rotates annually and is currently held by France, to be followed by Germany in 2023.

It's main brigade of about 5,000 troops now consists of a joint Franco-German unit based in Lille, France with contributions from Spain, Portugal, and Poland.

NATO chief Jens Stoltenberg on Friday did not give any details on where the response forces were being sent, saying it was up to NATO's top military commander.