Earlier Friday the US struck at the heart of President Vladimir Putin's inner circle, stoking a diplomatic crisis some have dubbed a new Cold War. 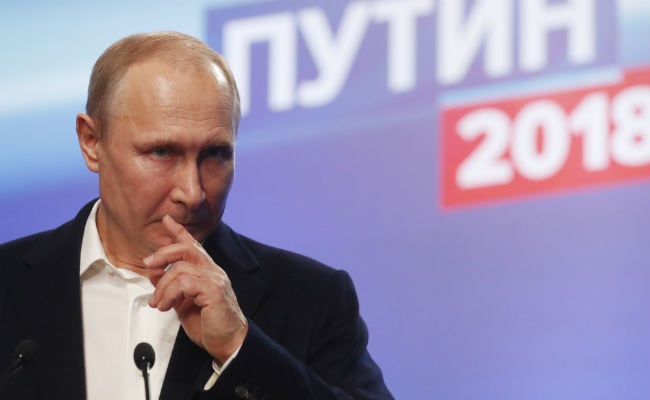 Moscow: Moscow on Friday promised a "tough response" to new US sanctions imposed on seven of Russia's most influential oligarchs following the diplomatic crisis sparked by the poisoning of former spy Sergei Skripal.

"We will not let the current attack, or any new anti-Russian attack, go without a tough response," Russia's foreign ministry said in a statement, after the US sanctions which also target 12 companies owned by the oligarchs, 17 senior Russian officials and a state-owned arms export company.

"Having obtained zero results from the 50 previous rounds of sanctions, Washington continues to employ fear with the refusal to issue American visas, the threatening of Russian businesses with the freezing of companies' assets and property, while forgetting that the requisitioning of private property and other people's money is known as theft," the ministry added.

Such sanctions place the United States in the category of "enemies of the market economy and honest and free competition" as they "use administrative methods to eliminate competitors in foreign markets".

Earlier Friday the United States struck at the heart of President Vladimir Putin's inner circle, stoking a diplomatic crisis that some have dubbed a new Cold War.

Those hit include metals magnate Oleg Deripaska, described by the US as operating for the Russian government, as well as Alexei Miller, director of state-owned energy giant Gazprom. Any assets they hold in areas under US jurisdiction could now be frozen.

But the Russian foreign ministry insisted in its statement that "no amount of pressure will make Russia deviate from the path it has chosen". The measures were taken under a US law passed to punish Russia for its alleged bid to interfere in the 2016 presidential election, engage in cyber-warfare and intervene in Ukraine and Syria.

Promoted
Listen to the latest songs, only on JioSaavn.com
But Friday's announcement also came as Washington and its allies face a new diplomatic crisis with the Kremlin over the poisoning of Skripal, a former Russian double agent, and his daughter on British soil.