Rudi Moder, who was 27 at the time, set out through the snow covered range, part of the Rocky Mountains, in Colorado, on February 13, 1983. 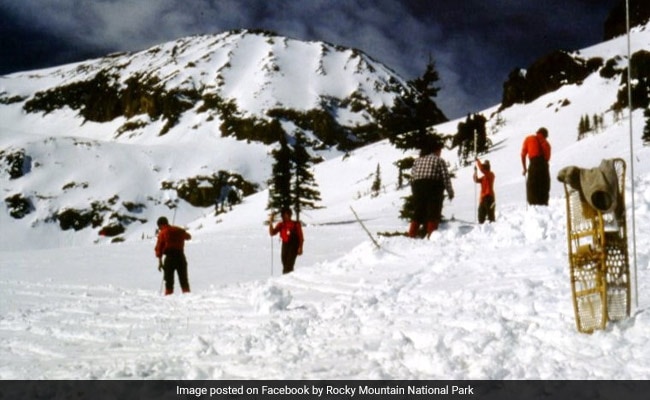 The four-decade-old mystery of a German skier who vanished in the Never Summer Mountains appeared to have been solved with the discovery of skeletal remains, US authorities said this week.

Rudi Moder, who was 27 at the time, set out through the snow covered range, part of the Rocky Mountains, in Colorado, on February 13, 1983.

His worried roommate raised the alarm a week later, setting in motion a high-altitude search that involved avalanche sniffer dogs, rescuers on skis and in snow shoes, and aerial reconnaissance.

During a four-day operation, teams were hampered by heavy snow, but recovered a food cache, and a nearby snow cave containing Moder's sleeping bag and other gear.

After that, the trail went cold, and subsequent searches over the following months and years yielded no clues.

Then in August last year, human bones were discovered by a hiker in the Skeleton Gulch area, near avalanche debris at an altitude of around 11,000 feet (3,350 metres), the National Park Service said Thursday.

"This summer, park rangers further searched the scene and found skis, poles and boots, along with remains of personal items believed to belong to Moder," a statement said.

The FBI's Evidence Response Team were called in to help retrieve and preserve the remains.

However, there had been extensive collaboration with the German government and Moder's family, and officials believed they had solved the mystery.

China Says Omicron Arrived In Beijing Via Package From Canada