"Robocop" On Patrol At East Asia Summit In Singapore

The white, four-wheeled buggy, measuring about five-feet, trundled around the perimeter of a convention centre in the city-state, providing additional security at a meeting of world leaders. 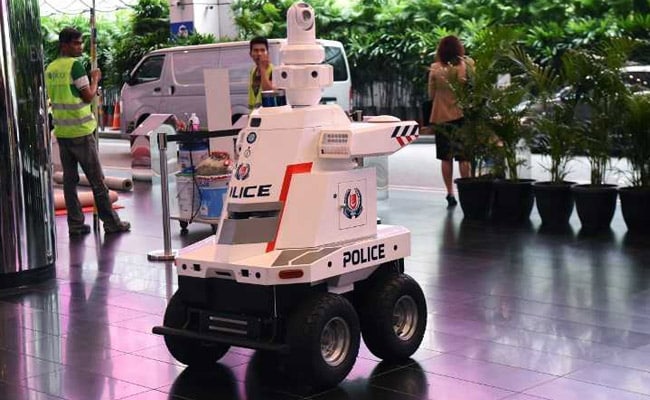 A police robot patrols at the Suntec City convention and exhibition centre. (AFP)

Hi-tech Singapore has deployed an autonomous robot with a swivelling camera for a head and flashing lights to patrol a summit venue -- arresting the attention of amused passers-by who stopped to snap selfies.

The white, four-wheeled buggy, measuring about five-feet (1.5 metres), trundled around the perimeter of a convention centre in the city-state, providing additional security at a meeting of world leaders.

The so far unnamed robot, decked out with flashing blue and red lights, is a prototype reportedly developed by the police, which can transmit a 360-degree picture of the area it is patrolling.

It navigates independently on a pre-mapped route and can avoid obstacles, local media reported, citing police.

But rather than fearing the long robotic arm of the law, many passers-by were amused by the device, with some mistaking it for a gigantic toy. 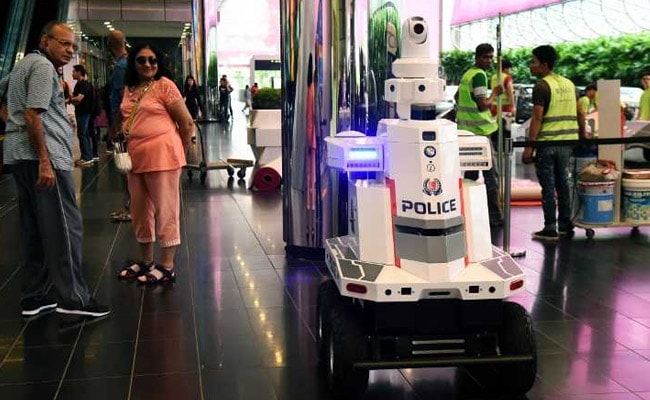 A handful stopped to snap selfies, while one man marched next to it grinning broadly as it wheeled slowly around near the convention centre.

"It's so cute, it looks like a toy," said Chinese holidaymaker Ruan Min, taking a picture as her four-year-old daughter chased the robot down the street.

Singapore, known for its strict law and order, has rolled out a major security operation to secure this week's meetings, which are organised by the Association of Southeast Asian Nations (ASEAN) and attended by 20 world leaders.