House Judiciary Committee chairman Jerry Nadler had wanted Mueller to testify on May 15. 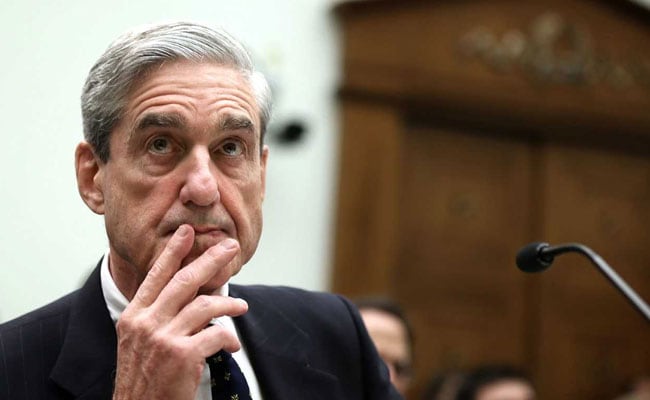 Robert Mueller, the US special counsel whose report on Russian election interference has shaken a divided Washington, will not testify before Congress next week, a top Democrat said Friday.

House Judiciary Committee chairman Jerry Nadler had wanted Mueller to testify on May 15, but he said a date for the highly anticipated appearance before lawmakers remained under discussion.

"It won't be next week," Nadler told reporters. "But we're negotiating with him, we're talking to him and the Justice Department."

Nadler has said that the committee would subpoena Mueller if necessary, but expressed hope that such a step could be avoided.

Nadler's comments came two days after his committee -- the panel empowered to initiate impeachment proceedings against a president -- voted along party lines to recommend that Attorney General William Barr be held in contempt of Congress for refusing to turn over the unredacted Mueller report and its underlying evidence.

Mueller has said that Barr, in his own four-page summary of the report, mischaracterized the nature and substance of the investigation conclusions, which resulted in "public confusion" about the findings.

That dispute, and Barr's refusal to provide the special counsel's full report, has intensified congressional interest in hearing from Mueller himself.

Barr has said he does not object to Mueller testifying to lawmakers.

President Donald Trump, whose campaign was accused by Democrats of colluding with Moscow, has flip-flopped on the issue.

He has gone from saying he would not object to Mueller testifying, to tweeting on Sunday that "Bob Mueller should not testify."

He reversed himself again Thursday, saying "I'm going to leave that up to our very great attorney general, and he'll make the decision on that."

(Except for the headline, this story has not been edited by NDTV staff and is published from a syndicated feed.)
Comments
President Donald TrumpRobert Muller