Rishi Sunak, Favourite To Be UK PM, Has Net Worth Of 730 Million Pounds

With his wife, Akshata Murty, the daughter of Infosys founder NR Narayana Murthy, Rishi Sunak has a combined fortune of £730 million which awarded him an unenviable spot on the Sunday Times 'Rich List'. 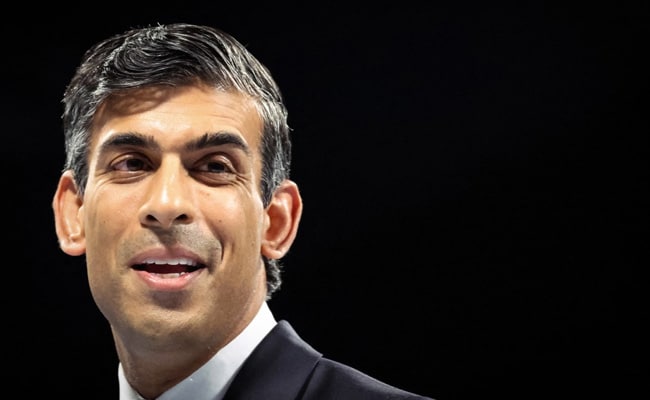 Rishi Sunak was declared the 222nd richest person in Britain by the Sunday Times. (File)

Rishi Sunak is leading the race to become Britain's next prime minister which immediately brings back the spotlight on his wealth given the desperate state of economic affairs in the country.

With his wife, Akshata Murty, the daughter of Infosys founder NR Narayana Murthy, Rishi Sunak has a combined fortune of £730 million which awarded him an unenviable spot on the Sunday Times 'Rich List'.

The bookies' favourite to win this dramatic race, Rishi Sunak was declared the 222nd richest person in Britain by the Sunday Times in May. This made him the first frontline politician to ever be included in the list of the UK's wealthiest people, the Guardian reported.

An estimation made earlier this year revealed the Rishi Sunak's wife was richer than Queen Elizabeth II, whose personal wealth was about 350 million pounds ($460 million), according to the 2021 Sunday Times Rich List.

Rishi Sunak and Akshata Murty have consistently been under the scanner for their wealth. Earlier this year, Rishi Sunak spent nearly Rs 3.8 crore on a luxurious swimming pool inside his £7 million mansion, just weeks ahead of the prime ministerial polls. He was also building a gym and tennis courts, the Daily Mail had reported.

Apart from his mansion, Rishi Sunak owns a portfolio of four properties spread across the world and valued at more than £15m, according to the Guardian.

Akshata Murty was also at the centre of a row involving her expensive crockery choices this year. She had served journalists tea in cups worth 38 pounds each. Social media deemed the choice a "tone deaf" one given the cost-of-living crisis in the country.

Ms Murty, 42, who is still an Indian citizen, has a net worth of about $1.2 billion owing to her stake in Infosys Ltd., founded by her father Narayana Murty, according to the Bloomberg Billionaires Index.

The Conservative party vowed a rapid election to have a new leader chosen by October 28. Truss admitted she "cannot deliver the mandate" on which she was elected, bowing to the inevitable after her right-wing platform of tax cuts disintegrated and as many Conservative MPs revolted.