The C-130 Hercules cargo plane vanished after departing an airbase in the southern city of Punta Arenas Monday at 4:55 pm (19:55 GMT) en route to Chile's Antarctic base of Eduardo Frei, officials said. 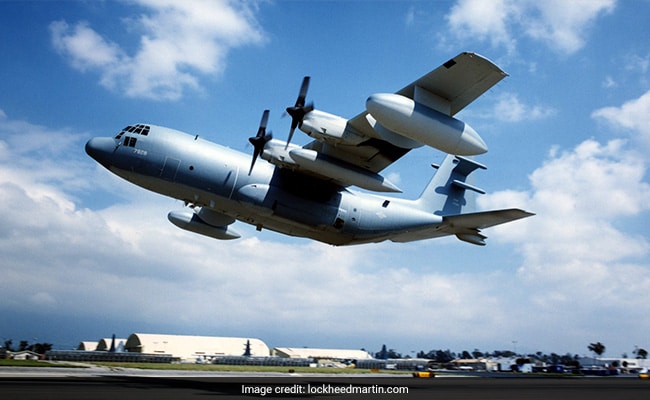 Rescue planes and ships on Tuesday searched the open sea between the southern tip of South America and Antarctica for a Chilean Air Force plane that went missing with 38 people aboard.

The C-130 Hercules cargo plane vanished after departing an airbase in the southern city of Punta Arenas Monday at 4:55 pm (19:55 GMT) en route to Chile's Antarctic base of Eduardo Frei, officials said.

Contact was lost with the plane at 6:13 pm (2130 GMT), the Chilean Air Force said, adding that the plane had enough fuel to remain in the air for several hours beyond that time.

But seven hours after losing communication officials declared that the plane had crashed.

The airplane pilot may have carried out an emergency ocean landing, said Eduardo Mosqueira, commander of the Fourth Brigade based in Punta Arenas, early Tuesday.

"All national and international air and maritime means available in the area are continuing the search" for survivors, the air force said in a statement Tuesday.

Airplanes and ships from Uruguay, Argentina and Chile had joined in the search, officials said.

He initially said that he would travel to Punta Arenas.

The plane went missing while flying over the Drake Passage, a maritime route between South America and Antarctica frequently hit by some of the world's worst weather.

However the weather conditions "to fly were good, which is why the trip was planned," said Francisco Torres, head of operations of Chile's air force.

The planes and ships are searching in an area with a 60 mile radius of where officials lost contact with the Hercules, Torres said.

Defense Minister Alberto Espina was to monitor the search and rescue mission, which was underway using aircraft and navy vessels.

The names of those aboard the missing airplane were released Tuesday. Most were air force personnel, but also included three people from the army, two from a private construction company and an official from a Chilean university.

Many of them were travelling to carry out logistical support tasks at the Eduardo Frei base.

Air force officials said they were in contact with the families of those on the plane.

The plane did have an emergency positioning system, but it did not appear to be working during the early morning search, said Mosqueira.

The disappearance of the C-130 Hercules came as Chile struggles with nearly two months of protests over social and economic inequality, as well as against an entrenched political elite.

The nearly two-month crisis and its violent demonstrations have led to 26 deaths and more than 12,000 injuries, according to the Organization of American States.

In September 2011, a Chilean military plane with 21 people aboard crashed near Robinson Crusoe Island, far in the Pacific Ocean some 700 kilometers west of the South American mainland. A popular TV show host was among the victims.

(Except for the headline, this story has not been edited by NDTV staff and is published from a syndicated feed.)
Comments
Chile planeChilean Air Force plane