Police said construction work was under way to expand a five-storey building in Colombo when it collapsed, killing one person. 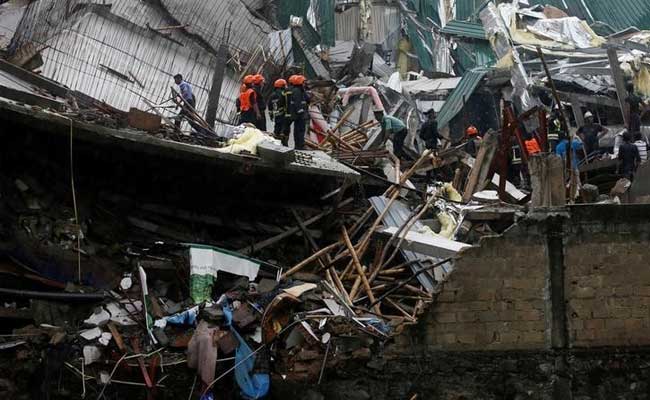 Military officials work during a rescue mission after a building collapsed in Colombo yesterday.

Rescuers were digging through rubble trying to save a woman they feared was trapped inside a collapsed wedding reception hall in the Sri Lankan capital on Friday, officials said after confirming that one man had been killed and 23 injured.

Police said construction work was under way to expand the five-storey building in Colombo when it collapsed on Thursday. Police, soldiers and firefighters were involved in the search for the missing woman.

A hospital official said one man was pulled alive from the debris after being trapped for five hours but died soon after he was admitted to hospital. Police said 23 were injured.

"The rescue operation is continuing for the second day and military and rescue teams are removing the debris," police spokesman Priyantha Jayakody said.

"Still one lady is missing and we are searching for her. We don't know if she is trapped inside," he said.

The reason for the building collapse was not immediately clear but Jayakody said the weight of the new extension could have been the cause.