Sergeant First Class Zachary Baumel had been missing since what is known as the Battle of Sultan Yacoub, said Israeli military spokesman Jonathan Conricus. 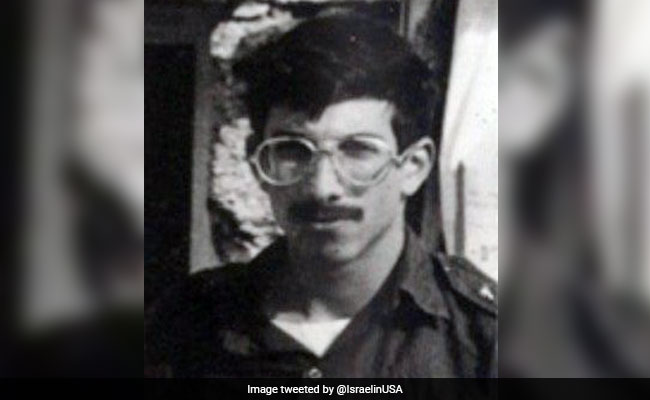 Zachary Baumel was born in the United States in 1960, but immigrated to Israel.

Israel announced Wednesday that the remains of a soldier missing since the 1982 Lebanon war had been returned to the country, bringing to a close a highly sensitive case for Israelis.

Sergeant First Class Zachary Baumel had been missing since what is known as the Battle of Sultan Yacoub, said Israeli military spokesman Jonathan Conricus.

"It is one of the most moving moments in all my years at the head of the country," Prime Minister Benjamin Netanyahu said in a televised address from his Jerusalem office.

"This operation is the result of major diplomatic efforts that we will speak about one day."

Israel's military declined to provide details on how the remains were retrieved, including where they were found.

Baumel was born in the United States in 1960, but immigrated to Israel.

"His body is in Israel. The body has been identified," he said, adding that DNA evidence had been used in the identification and that personal belongings were also found.

Israeli soldiers fought with Syrian forces in the battle on June 10-11, 1982 in the Lebanese village of Sultan Yacoub, near the Syrian border.

Some 20 Israeli soldiers were killed in the battle.

Baumel and two other soldiers, Zvi Feldman and Yehuda Katz, have been listed as missing and presumed killed since. The other two remain missing.

The families of all three have been notified, said Conricus.

They were part of an armoured battalion and were in two separate tanks. Baumel was a tank driver.

The military quoted from Baumel's last postcard to his family in Israel, which read: "Don't worry, everything is okay, but it looks like I won't be home for a while."

It was not clear if Baumel had been killed in battle or after being captured, said Conricus, saying an investigation was underway to try to determine that.

His body has been in Israel "for a few days", delivered on an El Al plane, Conricus said.

"Over the years the (military) has undertaken significant intelligence and operational efforts in order to find the locations and to bring back the remains of those missing in action," he said.

"Over the last year there were significant developments and the opportunity arose to locate the body."

Israel is still technically at war with Lebanon and Syria.

Netanyahu is in regular contact with Russian President Vladimir Putin in connection with Syria, where Israel has carried out hundreds of air strikes against what it says are Iranian and Hezbollah targets.

Russia and Israel have set up a hotline to avoid accidental clashes in Syria, where Moscow has been supporting President Bashar al-Assad's regime in his country's civil war.

Netanyahu is due to travel to Moscow to meet Putin on Thursday, just five days ahead of Israeli elections.

The military did not indicate whether Russia was involved in the diplomatic efforts to return the remains.

In 2016, Russia returned a tank to Israel from the same battle.

The return of the remains of soldiers missing in action is a highly important issue in Israel, which has fought repeated wars with its Arab neighbours since its 1948 founding.

Both the military and Netanyahu pledged efforts to bring home four soldiers still missing in action as well as the remains of dozens of others declared dead.

The four missing include Feldman and Katz, as well as Ron Arad, taken prisoner after a dogfight over Lebanon in 1986, and Guy Hever, who disappeared in the Golan Heights in 1997.

In one high-profile case, the families of two soldiers killed in Israel's 2014 war in the Gaza Strip have pressed the government to bring back their remains, believed to be held by Hamas.