As in many western European towns and cities, the integration of migrants is creating new challenges. But thanks to its new arrivals, Saint-Omer has become a rare centre of cricketing excellence 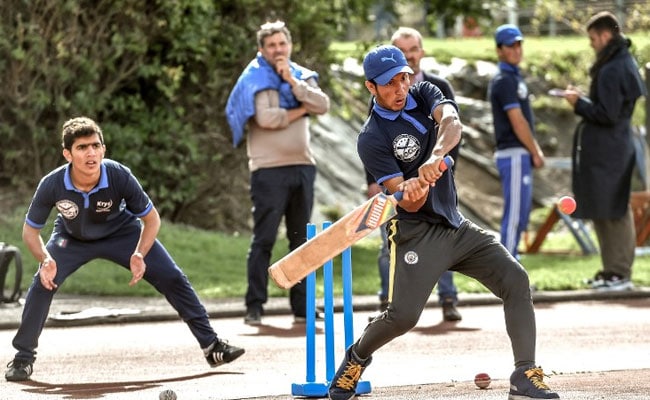 In France, the integration of migrants is creating new challenges (AFP)

Saint-Omer, France: On a rugby field overlooked by a towering cathedral, a group of young refugees has introduced a small northern French town to the beautiful game of... cricket.

Saint-Omer lies 40 kilometres (25 miles) south of the Channel port of Calais, the main launchpad for attempts by migrants to smuggle themselves into England.

As in many western European towns and cities, the integration of migrants is creating new challenges.

But thanks to its new arrivals, Saint-Omer has become a rare centre of cricketing excellence in a country where football and rugby dominate.

The town broke new ground in September when a group of Afghan and Pakistani refugees wearing the colours of the Saint-Omer Cricket Club Stars (Soccs) brought home the regional Hauts-de-France cricket title.

"I didn't know people played cricket in France!" said Ataullah Otmankhil, a devotee of the sport from northern Afghanistan with short, gelled hair and a trim beard.

When the athletic 21-year-old set out from his war-torn country for Europe "on foot, by train, truck, car, you name it", his heart was set on reaching England.

But his dreams of starting a new life in the home of Lord's Cricket Ground came crashing down on the shores of the Channel.

Day after day for six months he tried to clamber aboard a truck heading across the sea from Calais -- to no avail.

When the squalid and sprawling, informal "Jungle" migrant camp was dismantled in Calais last year, and its occupants relocated around the country, Otmankhil was placed with a host family and began studying to become an electrician. 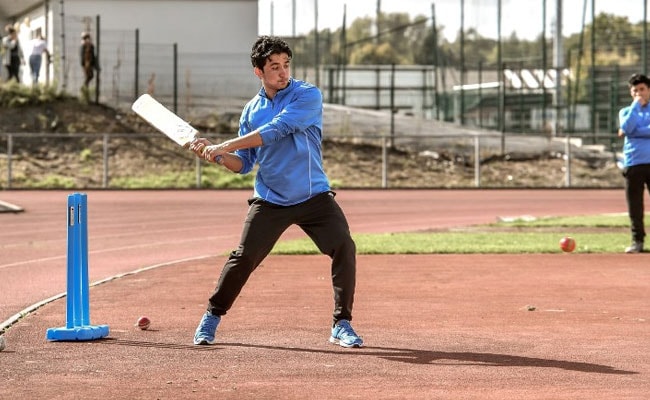 Less than a year after being created, the club won a regional title (AFP)

Picking up a bat again brings back memories of home, he said -- a sentiment echoed by his 16-year-old Afghan teammate Oriakhil Shahid.

About 30 refugees, all from either Afghanistan or Pakistan whose ages range from 15 to 32, have joined the club, which has yet to attract any locals among its members.

For Oriakhil, one of the youngest, the club is "like family".

"It's for everybody, French, Afghan and others."

But the sight of foreigners dashing around the rugby field, bats in hand, has not gladdened the hearts of all in this town of 16,000 souls, situated in the northern heartland of the anti-immigration National Front.

"Sometimes I get insults, aimed at me personally or the club," said Nicolas Rochas, one of a handful of volunteers who is trying to help the migrants integrate.

The pressure to ensure the players are above reproach at all times is acute.

"As a club with young refugees we have an even greater duty to be exemplary on and off the pitch," he admitted.

So far the efforts of both volunteers and players appear to be bearing fruit.

All the team members have a roof over their heads, are either working or in school and wear their club's navy jersey with its crest of crossed bats with pride.

Less than a year after being created, the club managed to win the regional title giving the players a pass into France's third division.

Despite the opportunity however, the Soccs have decided to stay out of the big league for now.

They want to up their game first, starting by having a proper cricket ground slated for early 2018.

Taking their adopted town to regional glory has already given the players a confidence boost.

Rochas, who had to learn cricket on the fly, hopes it will endure.

"The challenge for every sporting association is to last over the years. Our players are young, which is an advantage. The disadvantage is that cricket is a relatively unknown sport (in France)," he said.

Oriakhil is hopeful that further glory lies ahead.

Promoted
Listen to the latest songs, only on JioSaavn.com
"We will play well, God willing," he said.