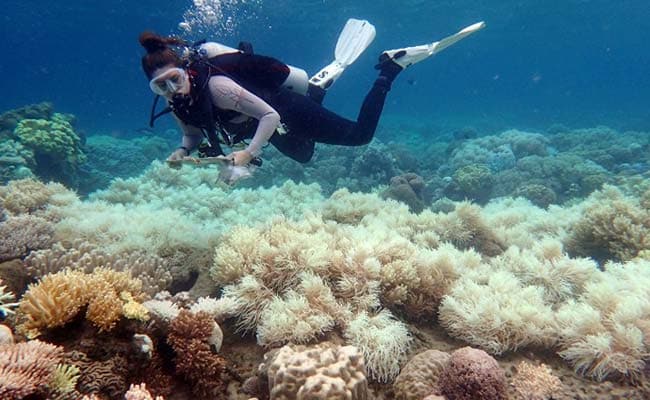 The reef is experiencing its fourth mass bleaching where stressed corals expel the algae.

Sydney: Mass coral bleaching on Australia's Great Barrier Reef could cost the region more than a million tourists a year and up to Aus$1.0 billion (US$760 million) in lost revenue, a study warned Wednesday.

Scientists said this week that coral bleached for two consecutive years at the World Heritage-listed site had "zero prospect" of recovery after researchers detected another round of mass bleaching due to warming sea temperatures. 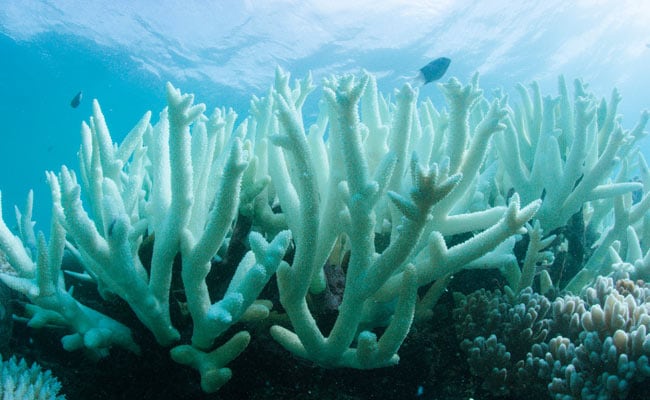 "This isn't just an environmental issue. The Great Barrier Reef is one of Australia's greatest economic assets," said the council's Lesley Hughes.

"It's responsible for bringing in more than Aus$7.0 billion each year to our economy, while also supporting the livelihoods of around 70,000 people."

Even if parts of the reef hurt by bleaching bounce back, scientists say it could take up to a decade for even the fastest growing corals to recover. 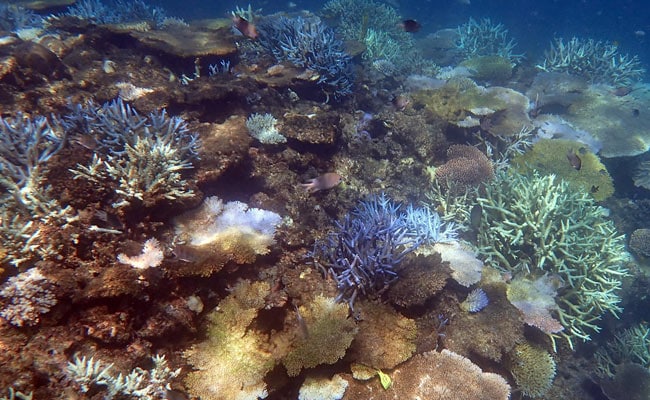 "If coral bleaching persists, tourism areas adjacent to the Great Barrier Reef risk declines... from 2.8 million visitors (2015 figures) to around 1.7 million per year," the study said, citing analysis by the Australia Institute think-tank.
"This is the equivalent of more than Aus$1 billion in tourism expenditure, which supports around 10,000 tourism jobs in regional Queensland."

The reef is experiencing its fourth mass bleaching -- where stressed corals expel the algae that live in their tissue and provide them with food -- after previous events in 1998, 2002 and 2016.

It is also under pressure from farming run-off, development and the crown-of-thorns starfish.

And last month the site was hammered by Cyclone Debbie, mostly affecting southern areas around the Whitsunday islands which largely escaped the bleaching.

"We know sediment can harm coral and sea grass by restricting light," he said.

"Now we're learning that sediment from this area also carries large loads of harmful nitrogen because it sticks to the sediment sourced from these same soils."

Promoted
Listen to the latest songs, only on JioSaavn.com
WWF-Australia's Sean Hoobin said: "We need greater investment in catchment repair so that the next cyclone or flood does less harm to the reef."