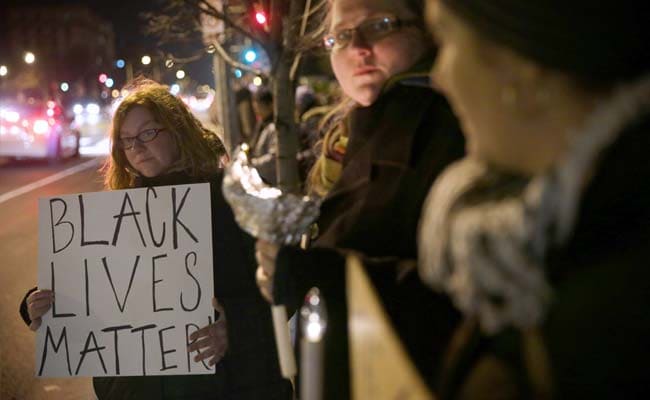 People from various countries have been protesting against the police shooting that took place in Ferguson, Missouri and New York City.

Washington: The killing of a young black man by police on Tuesday in the US state of Missouri joins a long list of similar incidents which have stoked racial tensions:

July 17: African American father-of-six Eric Garner, 43, dies after being held in a police chokehold while he is being arrested for selling individual cigarettes illegally in New York. A coroner declares the death a homicide, but a grand jury opts not to charge the white officer involved, unleashing demonstrations in several cities.

November 20: An unarmed black man, Akai Gurley, 28, a father of a young daughter, is shot by a white police officer who opens fire in a dimly lit staircase at a Brooklyn, New York apartment block. On the day of his funeral on December 7, New Yorkers take to the streets to denounce the spate of police killings.

December 23: Police say they shot dead an African American teenager in the town of Berkley, near Ferguson. Police said an officer opened fire on the teen who was carrying a handgun at a petrol station, hitting him several times and killing him.

Promoted
Listen to the latest songs, only on JioSaavn.com
In another drama, on December 20 an African American gunman with an apparent grudge kills two New York police officers, Wenjian Liu, 32 and Rafael Ramos, 40.

They are shot in cold blood in the head in their car parked in front of an poor apartment block in Brooklyn. Their killer, a suspected member of the "Black Guerilla Family" gang, which is known to the police, then commits suicide on the platform of a subway station.