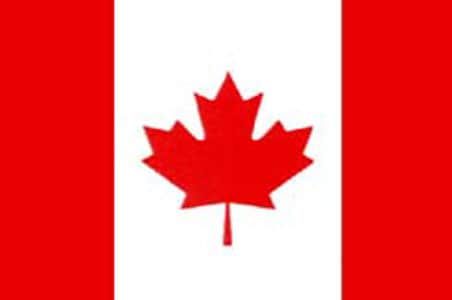 Close on the heels of Indians being attacked in Australia, six members of the community were racially assaulted by a group of young Canadians while playing tennis on the outskirts of Vancouver.

Police have arrested four Canadians, including a woman, in connection with the assault for shouting racial slurs at and robbing a group of tennis players in Aldergrove on Friday last.

The four - all in their teens - have been charged with robbery, assault with a weapon and uttering threats.

The attack began when a group of four teenagers approached six players at the Jackman Park tennis courts.

The youths allegedly used a metal bar and boards ripped off a fence to menace the six victims, all the while shouting racial slurs, local media reported quoting police.

The players were herded into a corner of the court, and one was hit on the head by a thrown board. Their personal belongings were taken by the teenagers.

The B C Hate Crime Team is helping the Langley RCMP with the investigation, said RCMP Cpl Holly Marks.

Rodney Mercieca, a 19-year-old Surrey man, and Lesley Rothwell, an 18-year-old Langley woman, have both been charged with four counts of robbery, one count of uttering threats, six counts of assault with a weapon, and one count of assault causing bodily harm.

Mercieca has also been charged with breaching his probation.

He had been bound by a probation order on June 4, the day before the attack, said Marks.

Mercieca will now remain in custody until June 12 when he will be back before a Surrey Provincial Court judge for a bail hearing, while Rothwell has been released on several conditions, including no contact orders with the victims or her co-accused.

The other two accused are minors both Langley boys, aged 15 and 16.

The 15-year-old has been charged with two counts of robbery, breach of recognizance, uttering threats and assault with a weapon.

He will remain in custody to appear in Surrey Youth Court on June 17.

The 16-year-old is charged with two counts of robbery and one count of assault with a weapon.

He has been released to appear in court on June 17, and will be under a curfew and no-contact orders.