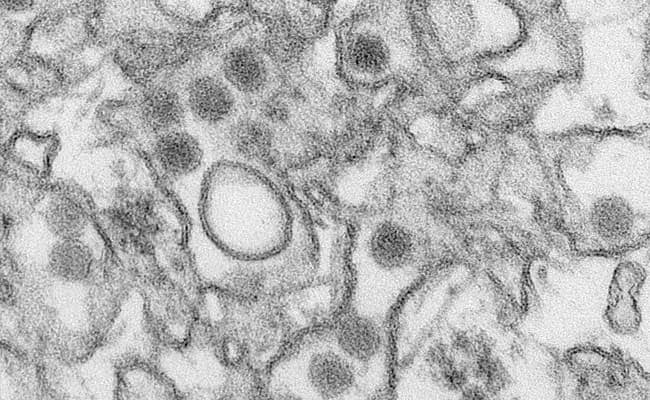 Companies and scientists are racing to create a Zika vaccine as concern grows over the mosquito-borne virus that has been linked to severe birth defects and is spreading quickly through the Americas.

Zika is now present in 23 countries and territories in the Americas. Brazil, the hardest-hit country, has reported around 3,700 cases of the devastating birth defect called microcephaly that are strongly suspected to be related to Zika.

The Geneva-based World Health Organization (WHO), stung by criticism that it reacted too slowly to West Africa's Ebola epidemic, convenes an emergency meeting on Monday to help determine its response to the spread of the virus.

The U.S. Centers for Disease Control and Prevention has activated an emergency operations centre staffed around the clock to address Zika, agency officials told Reuters.

On Thursday, the WHO said as many as 4 million people in the Americas may become infected by Zika, adding urgency to the research efforts. Vaccine developers made clear a vaccine for widespread public use is at least months, if not years, away.

The closest prospect may be from a consortium including drugmaker Inovio Pharmaceuticals Inc that could have a vaccine ready for emergency use before year-end, according to one of its lead developers. Inovio's share price gained more than 15 percent in Friday trading.

Canadian scientist Gary Kobinger told Reuters on Thursday the first stage of testing on humans could begin as early as August. If successful, the vaccine might be used during a public health emergency by October or November, said Kobinger, who helped develop a trial vaccine for the Ebola virus.

Privately owned vaccine developer Hawaii Biotech Inc said it began a formal programme to test a Zika vaccine last fall as the virus started to gain traction in Brazil, although it has no timetable yet for clinical trials.

"Right now, we are in the pre-clinical stage, as I suspect everyone is," Chief Executive Officer Dr. Elliot Parks told Reuters.

Another private vaccine developer, Boston-based Replikins Ltd, said it was preparing to start animal studies on a Zika vaccine in the next 10 days. Data from the trials on mice and rabbits would likely be out in the next couple of months, Replikins Chairman Samuel Bogoch told Reuters.

"No one has the $500 million on hand to take it (a vaccine) all the way to human trials. Somewhere along the course we hope to have big pockets join us," Bogoch said.

Zika had been viewed as a relatively mild illness until Brazilian health officials identified it as a matter of concern for pregnant women. While a direct causal relationship has not been established, scientists strongly suspect a link between Zika and thousands of children born in Brazil with abnormally small heads, brain defects and impaired vision.

There is no treatment for Zika infection.

Efforts to combat Zika are focussed on protecting people from being bitten and on eradicating mosquitoes, a tough task in many parts of Latin America, where people live in poverty and there are plentiful breeding grounds for the insect.

"We do not have a vaccine for Zika yet. The only thing we can do is fight the mosquito," Brazilian President Dilma Rousseff said on Friday, reiterating her call for a national eradication effort.

Rousseff said tests for the development of a vaccine would begin next week at the Butantan Institute, one of Brazil's leading biomedical research centers in Sao Paulo.

U.S. President Barack Obama spoke on Friday with Rousseff about the spread of the virus, the White House said.

"The leaders agreed on the importance of collaborative efforts to deepen our knowledge, advance research and accelerate work to develop better vaccines and other technologies to control the virus," the White House said in a statement.

Zika has hit Brazil just as it prepares to host the Olympic Games in Rio de Janeiro on Aug. 5-21, an event that draws hundreds of thousands of athletes, team officials and spectators. The International Olympic Committee (IOC) assured teams on Friday the Olympics would be safe from Zika, but urged visitors to carefully protect themselves.

U.S. lawmakers have begun to press the Obama administration for details of its response to Zika. At least 31 people in the country have been infected, all of them after travel to affected countries.

The U.S. Senate Health, Education, Labor and Pensions Committee is planning a hearing on Zika "very soon," said Republican Senator Lamar Alexander of Tennessee, who called the threat posed by the virus to the United States a "big concern."

Dr. Anthony Fauci, director of the U.S. National Institute of Allergy and Infectious Disease, said he did not expect the United States to be hit hard like other some countries in South America and the Caribbean.

"We prepare for the possibility of a major outbreak but we believe it is unlikely to happen," Fauci said.
© Thomson Reuters 2016

China Encroaches On 36 Hectares Of Nepal's Land At 10 Places: Report