Foxconn, Apple's principal subcontractor, has seen a surge in Covid-19 cases at its Zhengzhou site, leading the company to shutter the vast complex in a bid to keep the virus in check. 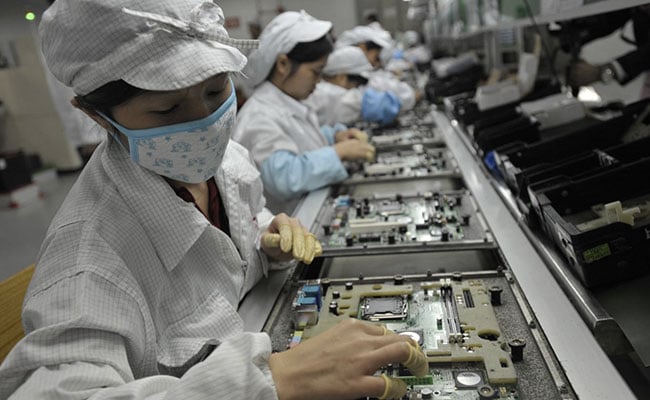 Apple said Covid restrictions have "temporarily impacted" production at Foxconn's vast iPhone factory in central China, after a surge in cases led the Taiwanese tech giant to lock down the world's largest manufacturer of new devices.

Foxconn, Apple's principal subcontractor, has seen a surge in Covid-19 cases at its Zhengzhou site, leading the company to shutter the vast complex in a bid to keep the virus in check.

Panicking workers then fled the site on foot in the wake of allegations of poor conditions at the facility, which employs hundreds of thousands of workers.

"The facility is currently operating at significantly reduced capacity."

Foxconn is China's biggest private sector employer, with over a million people working across the country in about 30 factories and research institutes.

But Zhengzhou is the Taiwanese company's crown jewel, churning out iPhones in quantities not seen anywhere else.

"In a normal situation, almost all the iPhone production is happening in Zhengzhou," Ivan Lam, an analyst with specialist firm Counterpoint, told AFP.

Local authorities locked down the area surrounding the factory on Wednesday, but not before reports emerged of a lack of adequate medical care at the plant.

Multiple workers have recounted scenes of chaos and increasing disorganisation at Foxconn's complex of workshops and dormitories, which form a city-within-a-city near Zhengzhou's airport.

"People with fevers are not guaranteed to receive medicine," another Foxconn worker, a 30-year-old man who also asked to remain anonymous, told AFP.

"We are drowning," he said.

China is the last major economy wedded to a strategy of extinguishing Covid outbreaks as they emerge, imposing snap lockdowns, mass testing and lengthy quarantines despite the widespread disruption to businesses and international supply chains.

And authorities poured cold water on speculation that the policy could be relaxed Saturday, with National Health Commission (NHC) spokesperson Mi Feng saying that Beijing would "stick unswervingly to... the overall policy of dynamic zero-Covid".

"At present, China is still facing the dual threat of imported infections and the spread of domestic outbreaks," Mi said at a press briefing.

"The disease control situation is as grim and complex as ever," he said. "We must continue to put people and lives first."