Prince Harry Reveals How Many Children He Wants To Have

During an interview with Dr Jane Goodall for British Vogue's September issue, the one that Meghan guest-edited, Prince Harry and the world-famous primatologist discussed the environment, climate change and preserving the planet for the generations to come 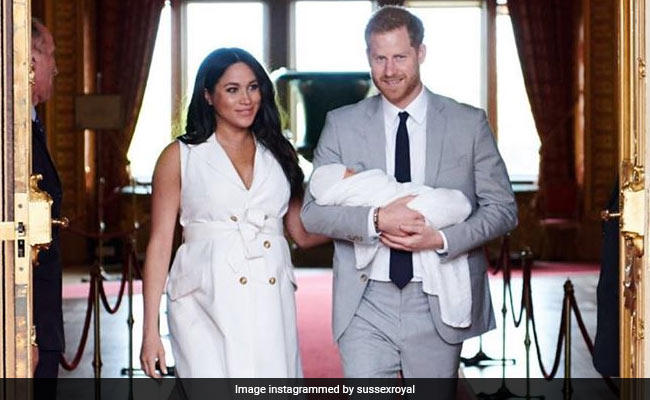 Prince Harry and Meghan with their son Archie Harrison

For Prince Harry, fatherhood has been an enriching experience and the Duke of Sussex recently admitted that he and his wife Meghan know exactly how many children they want to have.

During an interview with Dr Jane Goodall for British Vogue's September issue, the one that Meghan guest-edited, Prince Harry and the world-famous primatologist discussed the environment, climate change and preserving the planet for the generations to come, which ultimately lead the conversation to fatherhood and how the Duke's outlook on the world has changed since welcoming son Archie Harrison, reported E! News.

"It does make it different. I think, weirdly, because of the people that I've met and the places that I've been fortunate enough to go to, I've always had a connection and a love for nature. I view it differently now, without question. But I've always wanted to try and ensure that, even before having a child and hoping to have children," the 34-year-old royal admitted.

Ms Goodall interrupted, jokingly saying, you should not have "too many!"

"Two, maximum!" he said, revealing the number of children he wants to have with his wife.

"But I've always thought: this place is borrowed. And, surely, being as intelligent as we all are, or as evolved as we all are supposed to be, we should be able to leave something better behind for the next generation," he added.

During their conversation, Prince Harry also noted how easily susceptible children truly can be.

"Despite the fact that if you go up to someone and say, 'What you've just said, or the way that you've behaved, is racist' -- they'll turn around and say, 'I''m not a racist.' I'm not saying that you're a racist, I'm just saying that your unconscious bias is proving that, because of the way that you've been brought up, the environment you've been brought up in, suggests that you have this point of view, unconscious point of view, where naturally you will look at someone in a different way," the royal said.

"And that is the point at which people start to have to understand," he added.

For the iconic fashion magazine's September issue, the Duchess of Sussex, who guest-edited the issue, stepped away from the often fashion-focused topics to highlight 15 female change-makers. She chose to spotlight the women she admires.

Meghan also sat down with former First Lady Michelle Obama for a candid conversation about motherhood. Fans can find the September issue on newsstands from August 2.

Meghan and Prince Harry welcomed their son, Archie Harrison Mountbatten-Windsor on May 6, this year.