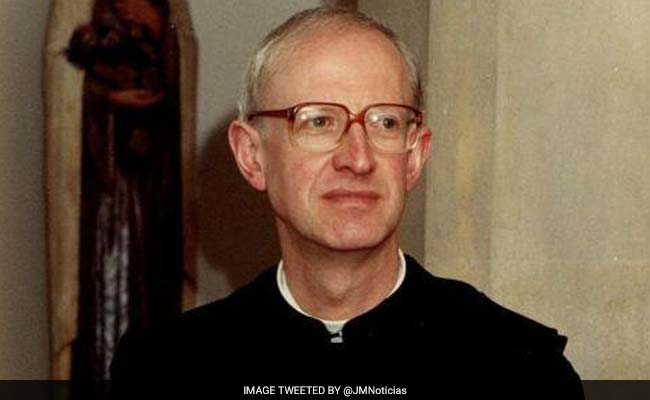 Laurence Soper was arrested on Sunday as he arrived back in the UK from Kosovo.

London, United Kingdom: A British priest accused of child sex offences was arrested at London's Luton airport on Sunday, five years after he went on the run.

Laurence Soper was arrested on Sunday as he arrived back in the UK from Kosovo, police said in a statement.

Soper, 72, was taken into custody in London and is accused of nine sexual assault offences committed between 1972 and 1986.

His arrest concludes a lengthy legal battle between the UK and Kosovo, where Soper was arrested in May on a European warrant issued by Britain.

Police in Kosovo said at the time he was known as "Father Laurence" and gave his full name as Andrew Charles Kingston Soper.

Earlier this month a Kosovo court refused for the second time to extradite the Catholic priest, ruling he could not be extradited because the statute of limitations for the alleged crimes had been reached.

Kosovo authorities were not immediately available to comment on Soper's return to Britain and his subsequent arrest.

London's Metropolitan Police were unable to say whether his return to the UK was made possible through an agreement with authorities in Kosovo, or whether Soper flew to London voluntarily.

A spokeswoman for the UK's interior ministry was unable to confirm whether the government was involved in seeing Soper return to Britain.

The priest had been on the run since jumping bail in 2011. He has been accused of abusing five pupils when he taught at a private Catholic school in London.

Following an independent British report detailing 21 incidents of abuse by monks dating from the 1970s until 2010, the London school involved -- St Benedict's -- apologised in 2011 and accepted recommendations to fundamentally change the way it is run.