The Pell charges came at the final stages of a long-running national inquiry into institutional responses to child sex abuse, which was ordered by the government in 2012. 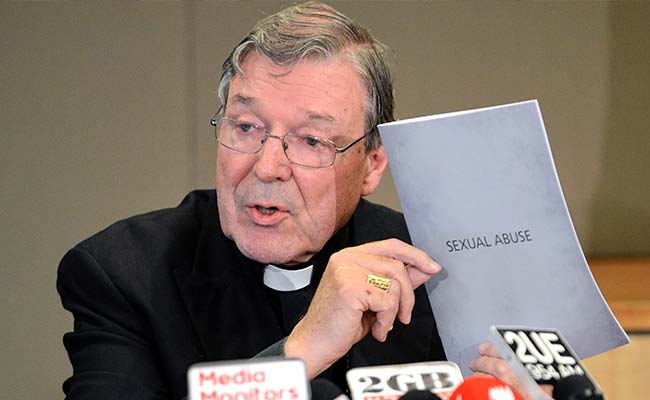 Pell, the country's most senior Catholic cleric, was interviewed in Rome by Australian police last October over the allegations which he strongly denies.

"There are multiple complainants relating to those charges."

Patton said the 76-year-old was charged on summons and was required to appear at Melbourne Magistrates Court on July 18 for a hearing.

Patton would not take any questions, citing the need to preserve the integrity of the judicial process.

The Pell charges came at the final stages of a long-running national inquiry into institutional responses to child sex abuse, which was ordered by the government in 2012.

The cardinal has appeared before the royal commission three times, once in person and twice via video-link, during which he admitted that he "mucked up" in dealing with paedophile priests in Victoria state in the 1970s.

Pell was ordained in Rome in 1966 before returning to Australia in 1971 and rising to become the nation's top Catholic official.

Promoted
Listen to the latest songs, only on JioSaavn.com
He left for the Vatican in 2014 after being hand-picked by Pope Francis to make the church's finances more transparent.