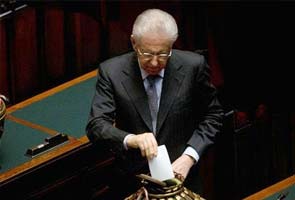 Parliament speaker Laura Boldrini was quick to point out - and not tongue-in-cheek - that Siffredi "does not have the prerequisites", Italian media reported.

At 48, the actor is below the age threshold of 50 to be president.

She still declined and said: "It's important that the right choice is made. The president is a lynchpin."

As the names were read out, there were peals of laughter and bursts of applause in parliament - despite the gravity of the moment as a two-month political crisis drags on.

One prankster even cast a ballot for a fictional character, Raffaello Mascetti - a hard-up aristocrat played by the beloved and deceased comic actor Ugo Tognazzi.

Promoted
Listen to the latest songs, only on JioSaavn.com
In a football-mad country some reference to the beautiful game was unavoidable - a vote cast for former Italy national coach Giovanni Trapattoni.