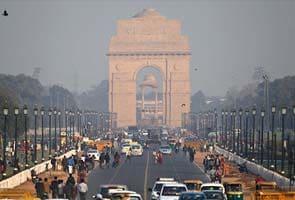 New Delhi: Pollution and other environmental degradation costs India $80 billion a year, nearly six per cent of gross domestic product, the World Bank said in a report released on Wednesday.

The report, requested by the national government, points to air pollution and contaminated water supplies as some of the main environmental problems facing India.

The study, which assesses the impact of environmental damage in India, also said that air pollution and contaminated water could be responsible for large numbers of child deaths in the country.

"About 23 percent of child mortality and 2.5 percent of all adult deaths in the country can be attributed to environmental degradation," Muthukumara S. Mani, a senior economist at the World Bank, said at the launch of the report in New Delhi.

The report cited a recent survey of 132 countries which ranked India 126th for environmental performance and last for air pollution, even worse than neighbouring China, due to its power stations, traffic congestion, industry and other factors.

"The rankings show that India's stellar economic record during the last decade is not reflected in its environmental performance," Mani said, adding the government needed to focus on sustainable economic growth and greener growth options.

"India needs to put a value to its natural resources and ecosystem services for an environmentally sustainable future," he said.

Reducing harmful carbon emissions was possible without a negative impact on economic growth, the report stated.
"India can reduce its emissions at very little cost to the GDP by switching to green technology, even this loss gets offset by the tangible health benefits," Mani said.

Promoted
Listen to the latest songs, only on JioSaavn.com
The World Bank study comes on the back of the devastating flash floods in the northern Himalayan state of Uttarakhand which environmentalists have blamed on unregulated development and deforestation in the area.

Nearly 6,000 people are believed to have died in the disaster triggered by heavy early monsoon rains that lashed the region last month.