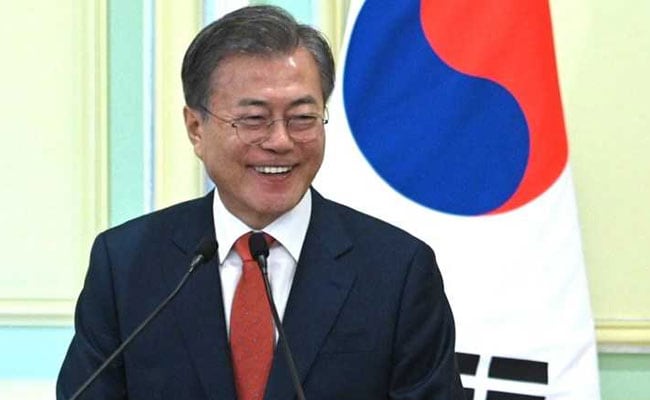 What's the difference between good afternoon and good night? In South Korea's cutthroat politics, it can be a furious political row and the foreign minister apologising to parliament.

The line is more commonly used in Indonesia -- although the neighbours' languages are so similar they are generally mutually intelligible.

At the time, Mahathir smiled and appeared amused, while senior Malaysian senior ministers laughed, but Moon's South Korean critics slammed him for not using the correct Malaysian greeting "selamat petang".

And his use of that phrase, meaning "good afternoon", at a dinner beginning at 8pm -- rather than "selamat malam", or good night -- triggered another round of fury in Seoul.

Opposition lawmakers and newspapers lined up to excoriate Moon, with headlines calling it a "diplomatic disaster".

The Korea Times assailed the "incompetence" of the presidential protocol team on Friday.

"The absence of a protest from the host country does not excuse the unbelievable carelessness," it added, saying it was one of a series of incidents demonstrating a "serious lack of professionalism and ethics" in the Blue House.

South Korea's foreign minister Kang Kyung-wha has apologised to parliament, admitting that her ministry had made a "painful mistake".

"I apologise for causing concerns," she told the national assembly on Wednesday.

But an aide for the Malaysian prime minister's office told AFP that "selamat sore" was usable in Malaysian too.

"We were happy and amused when the President said it," he told AFP. "Personally, it is a non-issue."