Karem is the second journalist whom officials in Trump's administration have sought to ban and the second to sue over the two decisions, which are unprecedented in modern White House history. 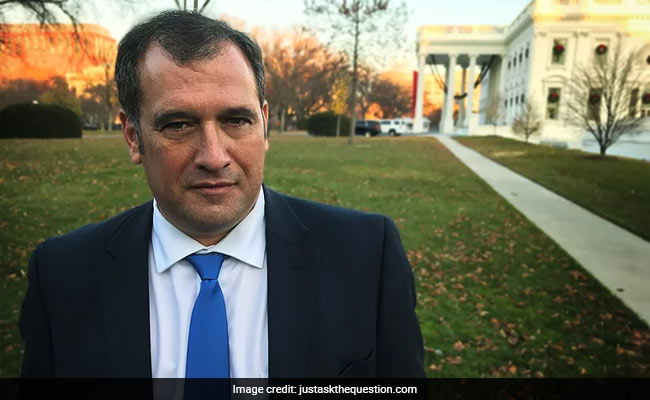 Karem is the second journalist whom officials in Trump's administration have sought to ban.

A reporter for Playboy magazine sued President Donald Trump on Tuesday to regain a press pass he alleged officials suspended in violation of his constitutional rights.

Brian Karem, a CNN contributor who covers the White House for the magazine, said in the suit that the 30-day suspension of his credential is an attempt to silence his coverage and was decided arbitrarily. He named White House press secretary Stephanie Grisham and Trump as defendants, and he is seeking a temporary restraining order that would lift the suspension of his "hard" pass, which gives reporters largely unfettered access to the White House grounds.

Karem is the second journalist whom officials in Trump's administration have sought to ban and the second to sue over the two decisions, which are unprecedented in modern White House history.

The White House suspended the credentials of CNN reporter Jim Acosta last fall after he engaged in a testy exchange with Trump at a news conference. A federal judge quickly sided with him and CNN after they sued, issuing a restraining order against the White House, which lifted its ban.

Karem's suit a similar legal argument to Acosta's - that his suspension violates his First Amendment right of free speech and Fifth Amendment right of due process, given that the White House has no rules or procedures in place to warrant such action. Karem is represented by Ted Boutrous, the lawyer who represented Acosta and CNN.

Grisham notified Karem this month that she was revoking his pass as a result of a July 11 incident in the Rose Garden.

After Trump's remarks at a social media summit with bloggers and online supporters last month, Karem engaged in a brief exchange of words with members of the audience; Karem later said his comments were meant to be lighthearted. He received an immediate reply from a guest at the event, former Trump White House aide and radio talk-show host Sebastian Gorka.

Karem responded to Gorka by inviting him to have "a long conversation" outside the grounds. Gorka appeared to take this as a challenge and walked over to confront Karem, calling him "a punk." Karem said he later sought to settle the matter by shaking hands with Gorka, but he was rebuffed.

Grisham issued a "preliminary" decision to suspend Karem's access three weeks after the event, noting that Trump had concurred with the decision. She said in a letter to Karem that his "disruptive behavior" at the July 11 event "violated the basic standards governing such events," although she acknowledged that there are no explicit rules describing these standards.

She wrote that Karem had "insulted an invited guest of the White House . . . threatened to escalate a verbal altercation into a physical one and . . . re-engaged with Mr. Gorka in what quickly became a confrontational manner while repeatedly disobeying a White House staffer's instructions to leave."

Grisham told Karem last week that the decision to suspend him was final.

Boutrous, in a statement, said, "We are confident that the administration's latest punitive and lawless action against a journalist will not stand, and we look forward to our day in court."

The White House Correspondents' Association has weighed in on Karem's behalf, saying in a statement last week that it is "deeply concerned" about the suspension. "Such a move could have a chilling effect on working journalists," it said. "As we have said before, we believe everyone should conduct themselves professionally at the White House."

(Except for the headline, this story has not been edited by NDTV staff and is published from a syndicated feed.)
Comments
President Donald TrumpBrian Karem