According to Europe 1 radio, which first reported the charges, David Matthews, 74, was accused by a niece shortly before she legally became an adult. 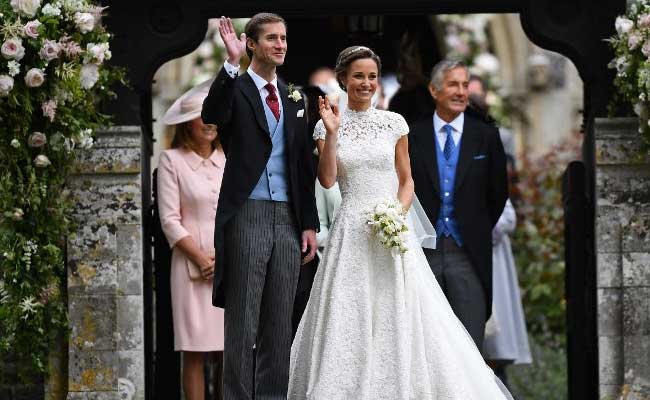 David Mathews (R) was taken into custody for questioning by investigators

Paris: The father-in-law of Pippa Middleton, whose sister Kate is married to Britain's Prince William, has been charged in France with the rape of a minor, a legal source told AFP on Friday.

David Matthews was taken into custody for questioning last Tuesday by investigators with France's Brigade for the Protection of Minors in a case dating from 1998-99, after a complaint was lodged in 2017, the source said.

According to Europe 1 radio, which first reported the charges, Matthews, now 74, was accused by a niece shortly before she legally became an adult.

His daughter-in-law Pippa Middleton married financier James Matthews last May, after shooting into the spotlight in 2011 following the wedding of her sister Kate to Prince William, the second-in-line to the throne.

According to a Daily Mail report at the time of Pippa's wedding, David Matthews was born in Rotherham, England, and began his career selling cars before becoming a professional auto racer.

After a severe crash during a race, he turned to business, building a successful chain of dealerships before selling out and becoming a property developer.

Promoted
Listen to the latest songs, only on JioSaavn.com
The Daily Mail says Matthews owns the Eden Rock luxury resort on the Caribbean island of St Barths, and the Glen Affric Estate in Scotland.


(Except for the headline, this story has not been edited by NDTV staff and is published from a syndicated feed.)
Comments
Pippa MiddletonRape Charge on Pippa Middleton's father in lawDavid Mathews