The alleged rape of minor by David Matthews, father of Pippa Middleton's husband James Matthews took place in 1998-99 and complaint was filed in 2017. 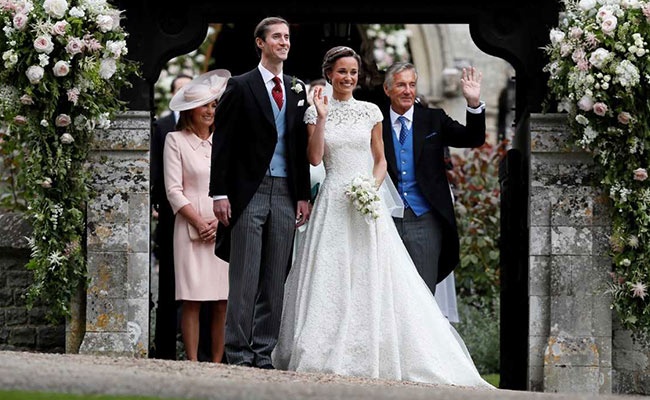 Pippa Middleton is married to James Matthews son of David Matthews who was arrested for minor's rape.

Paris: The father-in-law of Pippa Middleton, whose sister Kate is married to Britain's Prince William, has been placed under formal investigation over suspected rape of a minor, a court source told Reuters on Friday.

David Matthews, who is the father of Pippa Middleton's husband James Matthews, was arrested on Tuesday by the Juvenile Protection Brigade (BPM) and formally put under investigation for suspected rape of a minor under his authority, said the source, confirming a report on radio Europe 1.

Paris prosecutors arrested Matthews during a visit to France, and later released him and placed him under judicial control, the source said. The source did not say when he was released. French police can hold suspects 24 or 48 hours in such cases.

Reuters could not immediately reach Matthews nor any spokespeople or lawyers for him.

Being placed under judicial control means that prosecutors have attached certain conditions to his release or imposed certain limits on who he can meet or where he can go. The source did not say what conditions had been attached in Matthews' case.

Promoted
Listen to the latest songs, only on JioSaavn.com
Pippa Middleton came to national attention in Britain as the maid of honour at her sister's royal wedding to William in 2011. Her own lavish wedding to James Matthews last May was one of the most widely reported social events of the year, attended by William and his brother Harry, grandsons of Queen Elizabeth.
© Thomson Reuters 2018

(This story has not been edited by NDTV staff and is auto-generated from a syndicated feed.)
Comments
Pippa Middleton father in lawPippa Middleton and James MatthewsDavid Matthews