Photographer critical after shooting at newspaper office in France 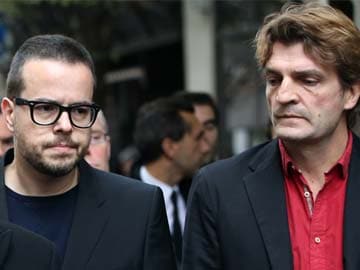 Paris: A 27-year-old photographer was left fighting for his life on Monday after being shot by an intruder at the Paris offices of left-wing French daily Liberation.

The victim was shot in the chest and stomach with a pump-action shotgun and was in a critical condition, police and the newspaper said.

The shooter fled the scene and was still at large several hours after the attack, which occurred around 10:15am (0915 GMT).

"I was just arriving for work and I saw a man lying on the ground, holding his stomach and with blood everywhere," Liberation journalist Anastasia Vecrin told AFP.

Police were quickly deployed at all media offices in Paris for fear of further attacks.

The Liberation shooting came three days after a man stormed into the Paris headquarters of news channel BFMTV and emptied several cartridges from a similar shotgun before warning a senior editor: "Next time, I will not miss you."

Police are investigating a possible link between the two incidents.

"When you have someone with a shotgun coming into a newspaper's offices in a democracy, it is very, very serious, whatever the mental state of the person," Demorand told AFP.

"If papers and other media have to become bunkers, something has gone wrong in our society."

Promoted
Listen to the latest songs, only on JioSaavn.com
A police security cordon had been erected around Liberation's editorial offices in central Paris.

The newspaper said the injured man worked as an assistant to one of the photographers for Next, a supplement of the newspaper.