On Monday, the member of the Dallas Young Republicans was isolating at home to avoid potentially spreading the coronavirus after his exposure to Trump who tested positive last week. 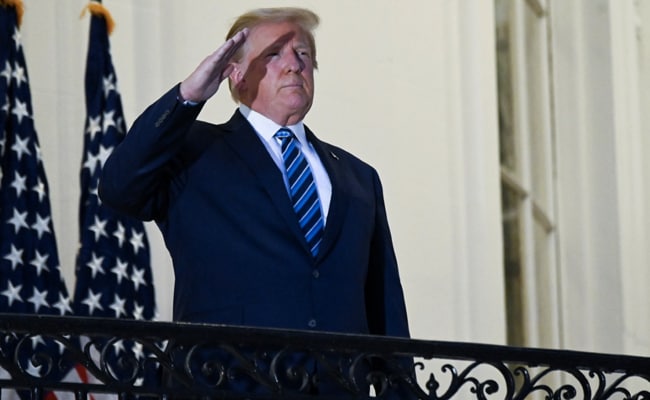 That elation soon turned to shock.

On Monday, the member of the Dallas Young Republicans was isolating at home to avoid potentially spreading the coronavirus after his exposure to Trump who tested positive last week, a day after the donors' event.

"I was really surprised to hear that because he has looked so healthy the night before," Kolean said.

"I plan to quarantine for the full 14 days and have another COVID-19 test if I start having symptoms," he added. He has had one negative test since returning home, and Trump's presidential election campaign and New Jersey officials contacted him about his potential exposure.

Kolean was among about 60 VIPs, out of a guest list of around 200 people, at Thursday's event at Trump National Golf Club Bedminster in New Jersey. Guests typically donated between $5,600 to $250,000 to Trump's presidential re-election bid to get an invitation. They nibbled on small bites of steak and lamb passed on trays by waiters wearing masks and gloves.

VIP attendees, who were allowed closer proximity to Trump, were tested at the entrance for the virus, then waited in their cars for the results. After their negative test, Kolean and his friend, mortgage industry executive Daniel Hux, greeted Trump privately, keeping 6 feet apart, but were not permitted to shake Trump's hand. The group moved outside for Trump's remarks.

New Jersey Governor Phil Murphy on Monday called the event reckless because Trump knew Hope Hicks, a top adviser who accompanied him to Cleveland for a presidential debate earlier last week, had tested positive for the virus.

The Republican National Committee, which helped organize the fundraiser, and the White House did not immediately respond to requests for comment.

Murphy said New Jersey officials had emailed 184 out of the 206 attendees at the fundraiser using a list provided by the RNC. About half of the guests were from New Jersey. State authorities also contacted 19 club staff.

Some Refuse To Isolate

Trump has repeatedly downplayed the virus which has infected 7.4 million Americans. After contracting COVID-19, he released videos to reassure the public he was recovering, and he returned to the White House from a hospital stay on Monday.

New Jersey officials asked people who had been at Thursday's event to self-quarantine and get tested, but their response was a "mixed bag," Murphy said at a news conference.

Republican U.S. Senate candidate Rik Mehta continued to campaign rather than isolate after attending the event, Murphy said, contending this should disqualify him.

"The only one who should be disqualified from holding public office is you @GovMurphy," Mehta said on Twitter. He did not respond to a request for comment.

Katherine Hermes, a business owner who attended the fundraiser, posted on Facebook that she had no plans to quarantine.

"I'm doing no such thing because I am perfectly healthy," she said. She did not respond to a request for comment.