A teenage son saved his mother by hitting the deer with a lump of wood, a report said. 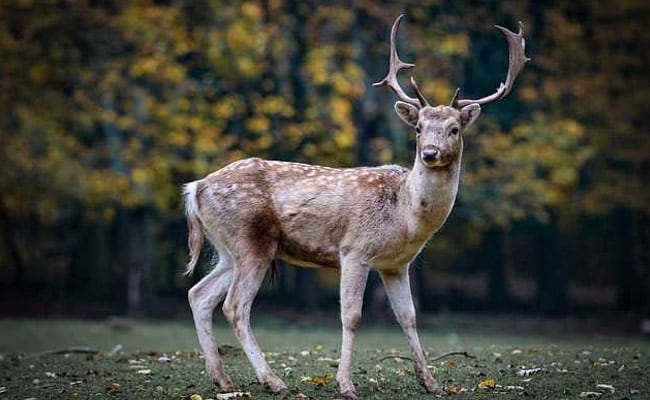 The animal was killed due to concerns for paramedic's safety on scene, police said. (Representational)

A pet deer killed a man and left a woman critically injured at a rural property in Australia on Wednesday, the police said.

Emergency services were called to the outback home in Victoria state early in the morning and found the badly gored couple, both aged 46.

"The man died at the scene," the police said in a statement.

"The woman has been airlifted to a hospital in Melbourne with life-threatening injuries and remains in a critical condition."

National broadcaster ABC said the man was attacked when he went to feed the animal and his wife was injured when she came to his rescue.

A teenage son saved his mother by hitting the deer with a lump of wood, it said.

The animal was then killed "due to concerns for the paramedic's safety on scene", the police said.

The ABC reported the stag had been kept at the property for six years.

The Australian Deer Association said it was rare for deer to attack people.

"It is unusual, but not unheard of, for captive deer to attack humans, particularly during the Autumn mating season," the association said in a statement.

Deer were introduced into Australia in the 19th century, largely for hunting purposes.

But feral populations have since expanded across the country with increasing calls for greater controls in many areas where they are considered a pest.