Some people slip $3 or $5 into the donation box, some pay nothing, and some serve food in exchange for their fresh meals. 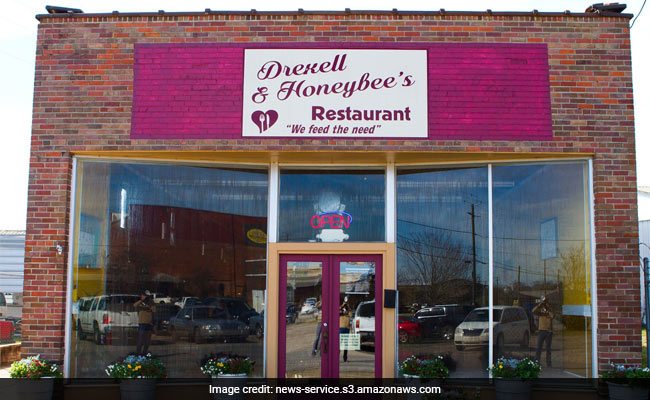 Every day, hungry people form a line outside Drexell & Honeybee's restaurant in Alabama before it opens for lunch. There are no prices on the menu. That's because diners can pay whatever they want.

Some people slip $3 or $5 into the donation box, some pay nothing, and some serve food in exchange for their fresh meals. And sometimes, the owners are surprised with checks worth $500 - or one time, even $1,000. People often drop homegrown produce, unsolicited, at the door.

"If you come into a restaurant, and you don't have any money, and you sit down and see our suggested price, what are you going to do?" owner Lisa Thomas-McMillan, 66, said. "It keeps the people away that absolutely, truly need it."

Thomas-McMillan and her husband and co-owner, Freddie McMillan - both retirees - have been serving meals since March 2018 at their nonprofit restaurant, where the motto is "We Feed the Need."

Tuesdays through Fridays, the volunteer-staffed eatery - located in Brewton, Alabama, a city of about 5,500 just north of the Florida Panhandle - serves meals to almost 100 people a day. 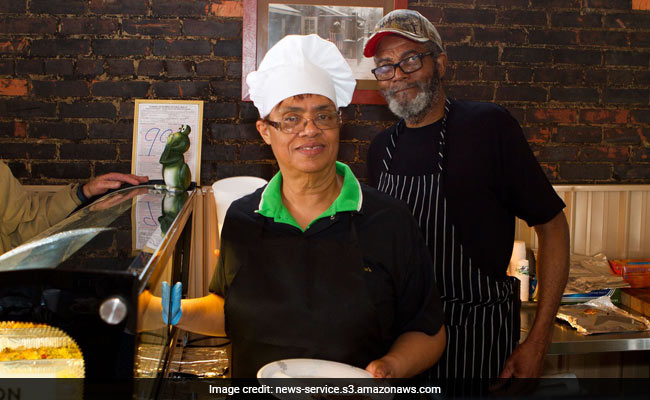 Thomas-McMillan and her husband and co-owner, Freddie McMillan are serving meals since 2018

Those who pay do it anonymously with a box located behind a divider, so that nobody - not even the restaurant workers - knows whether they paid and how much. The most common donation is $5.

"I have found out . . . a lot of elderly people are coming hungry, because a lot of them can't pay for their medicine and buy food. Food stamps are not adequate," said Lisa Thomas-McMillan, who spent most of her working life as a waitress.

Businesses and individuals in the community have helped the restaurant since it opened by donating food, money and produce. Lately, the restaurant has been getting two to three mailed donations every day - mostly for amounts like $10.

Around 2016, Thomas-McMillan was serving lunches at a local community college - free for those who could not afford to buy meals - to mostly students. Then, one day, three older people came in, digging through their purses for change and breaking up rolls of dimes and nickels. They were hungry, she said, but could barely afford to pay.

"I couldn't take that [money], because I knew it had to be their last," Thomas-McMillan said.

So, she said she told them: "Can you help us out? We need to give away at least 10 free meals."

The story did the trick and got the seniors to accept the food. It also did something else: inspired Thomas-McMillan to open the restaurant she had been thinking about for a few years. 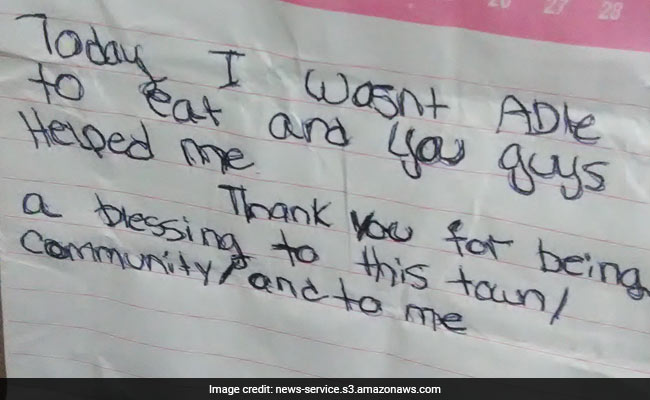 When she thought about what she'd call it, the quirky name Drexell & Honeybee's popped into her head, and she settled on it, she said. The name has no special meaning or muse.

As she had hoped, many of Drexell & Honeybee's customers are elderly.

According to the nonprofit Feeding America, nearly 8.6 million Americans 60 and older were marginally food insecure in 2016. Alabama ranks second in the top 10 states for moderate food insecurity, with an estimated 12.8 percent of seniors there considered food insecure, according to the study.

One of those people is retiree Betty McCreary, 66, who eats at Drexell & Honeybee's almost every day it's open and especially likes the grilled chicken. She can't afford to pay for the meals, but volunteers to help clean up.

"I put a little something like a dollar in the box when I have it," said McCreary, who lives in Evergreen, Ala., about 25 miles from Brewton.

The restaurant's owners, who do all of the cooking, make up the recipes as they go based on diner feedback. The ever-changing menu includes such dishes as macaroni and cheese, fresh greens, squash, okra, beef stew, mashed potatoes and peach cobbler. Thomas-McMillan and her husband start cooking on business days at 5 a.m.

Word has spread about Drexell & Honeybee's, and people are coming from outside of town to eat there, she said.

One couple dropped a note in the box saying they saw a story about the restaurant in the media and wanted to spend their wedding anniversary there. The food was awesome, and the people are friendly, said the note, written on a loose napkin. The couple probably dropped some money in the box separately, Thomas-McMillan said.

She loves displaying the notes people put in the donation box, like the one that credited Drexell & Honeybee's for allowing a family of four to eat that day. Another note had a quarter attached to it and called the restaurant a blessing to the community.

Running a business, especially a charitable one with limited revenue, is challenging financially, Thomas-McMillan said. When Drexell & Honeybee's first opened, the owners thought if they took in about $200 a day, it would be adequate. On a typical day, however, they get an average of about $110, Thomas-McMillan said.

The owners don't take a salary from the restaurant; they run it as a charity project and rely on Social Security and military retirement funds from McMillan's career in the Marines to pay their own bills. Sometimes, the couple invests some of their own money in the restaurant.

Drexell & Honeybee's is part of Carlisa Inc., Thomas-McMillan's 501c3 nonprofit ministry that started in 2002 with a food bank located inside the church she attends, Zion Fountain African Methodist Episcopal Church. She still runs the food bank, along with her restaurant.

Her Christian faith is a large motivation for her charity, Thomas-McMillan said.

Every day, when she feeds people, she gets a "feeling of fullness."

"I just feel like, when we're down here, that we're doing something so important and something just joyful," she said. "Eating and fellowshipping with each other . . . it's just the best feeling in the world.

"We are fulfilling our lives in service of others," she said. She wrote a book, titled "Living Fulfilled: The Infectious Joy of Serving Others," which she sells at the restaurant.

Every day, Drexell & Honeybee's needs at least three volunteers to help run the business. Dale LaGrant, 64, is often up for the job.

LaGrant both eats there and volunteers, making iced tea, serving water, setting tables and helping customers with mobility limitations. After the restaurant stops serving at 1 p.m., she helps clean up the front section.

LaGrant is on a fixed income from Social Security, and usually, she donates $3 to $5 per lunch. LaGrant - who comes for McMillan's chicken pot pie and bread pudding - said she sees people of all races, ages and economic levels. Many are daily regulars.

"It's like a family setting," said LaGrant, of Castleberry, Ala., a town about 15 miles from Brewton. "We walk in, and you may not know someone's name, and they will smile and say 'Hi' to you. It's the same faces almost every day."

McMillan, 68, says he loves working with his wife at the restaurant: The hidden donation system gives people privacy who may feel too ashamed to eat a free meal, he says - and they shouldn't be.

"Regardless of who you are, you're welcome," he said. "It's everyone's restaurant."

(Except for the headline, this story has not been edited by NDTV staff and is published from a syndicated feed.)
Comments
Drexell & Honeybee's restaurantAlabama