The videos, along with observations by pilots and radar operators, appear to provide evidence of the existence of aircraft far superior to anything possessed by the United States or its allies 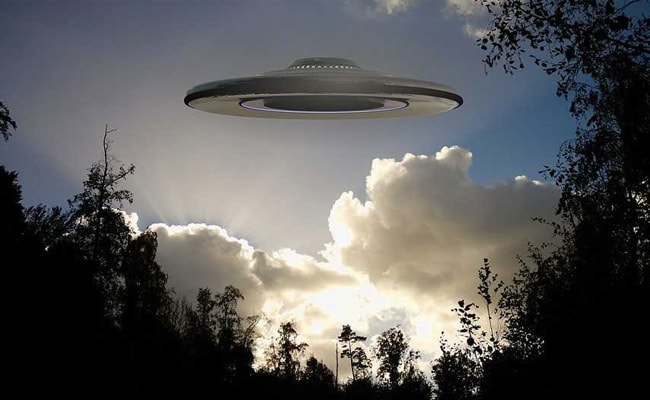 In December, the Defense Department declassified two videos documenting encounters between U.S. Navy F-18 fighters and unidentified aircraft. The first video captures multiple pilots observing and discussing a strange, hovering, egg-shaped craft, apparently one of a "fleet" of such objects, according to cockpit audio. The second shows a similar incident involving an F-18 attached to the USS Nimitz carrier battle group in 2004.

The videos, along with observations by pilots and radar operators, appear to provide evidence of the existence of aircraft far superior to anything possessed by the United States or its allies. Defense Department officials who analyze the relevant intelligence confirm more than a dozen such incidents off the East Coast alone since 2015. In another recent case, the Air Force launched F-15 fighters last October in a failed attempt to intercept an unidentified high-speed aircraft looping over the Pacific Northwest.

In is a third declassified video, released by To the Stars Academy of Arts and Science, a privately owned media and scientific research company to which I'm an adviser, revealing a previously undisclosed Navy encounter that occurred off the East Coast in 2015.

Is it possible that America has been technologically leap-frogged by Russia or China? Or, as many people wondered after the videos were first published by the New York Times in December, might they be evidence of some alien civilization?

Unfortunately, we have no idea, because we aren't even seeking answers.

I served as deputy assistant secretary of defense for intelligence for the Clinton and George W. Bush administrations and as staff director for the Senate Intelligence Committee, and I know from numerous discussions with Pentagon officials over the past two years that military departments and agencies treat such incidents as isolated events rather than as part of a pattern requiring serious attention and investigation. A colleague of mine at To the Stars Academy, Luis Elizondo, used to run a Pentagon intelligence program that examined evidence of "anomalous" aircraft, but he resigned last fall to protest government inattention to the growing body of empirical data.

Meanwhile, reports from different services and agencies remain largely ignored and unevaluated inside their respective bureaucratic stovepipes. There is no Pentagon process for synthesizing all the observations the military is making. The current approach is equivalent to having the Army conduct a submarine search without the Navy. It is also reminiscent of the counterterrorism efforts of the CIA and the FBI before Sept. 11, 2001, when each had information on the hijackers that they kept to themselves. In this instance, the truth may ultimately prove benign, but why leave it to chance?

(A Pentagon spokesperson did not respond to requests from The Washington Post for comment, but in December, the military confirmed the existence of a program to investigate UFOs and said it had stopped funding the research in 2012.)

The military personnel who are encountering these phenomena tell remarkable stories. In one example, over the course of two weeks in November 2004, the USS Princeton, a guided-missile cruiser operating advanced naval radar, repeatedly detected unidentified aircraft operating in and around the Nimitz carrier battle group, which it was guarding off the coast of San Diego. In some cases, according to incident reports and interviews with military personnel, these vehicles descended from altitudes higher than 60,000 feet at supersonic speeds, only to suddenly stop and hover as low as 50 feet above the ocean. The United States possesses nothing capable of such feats.

On at least two occasions, F-18 fighters were guided to intercept these vehicles and were able to verify their location, appearance and performance. Notably, these encounters occurred in broad daylight and were independently monitored by radars aboard multiple ships and aircraft. According to naval aviators I have spoken with at length, the vehicles were roughly 45 feet long and white. Yet these mysterious aircraft easily sped away from and outmaneuvered America's front-line fighters without a discernible means of propulsion.

From my work with To the Stars Academy, which seeks to raise private funds to investigate incidents like the 2004 Nimitz encounter, I know they continue to occur, because we are being approached by military personnel who are concerned about national security and frustrated by how the Defense Department is handling such reports. I am also familiar with the evidence as a former Pentagon intelligence official and a consultant who began researching the issue after the Nimitz incident was brought to my attention. On several occasions, I have met with senior Pentagon officials, and at least one followed up and obtained briefings confirming incidents such as the Nimitz case. But nobody wants to be "the alien guy" in the national security bureaucracy; nobody wants to be ridiculed or sidelined for drawing attention to the issue. This is true up and down the chain of command, and it is a serious and recurring impediment to progress.

If the origin of these aircraft is a mystery, so is the paralysis of the U.S. government in the face of such evidence. Sixty years ago, when the Soviet Union put the first manmade satellite in orbit, Americans recoiled at the idea of being technologically surpassed by a dangerous rival, and the furor over Sputnik ultimately produced the space race. Americans responded vigorously, and a little more than a decade later Neil Armstrong set foot on the moon. If these craft mean that Russia, China or some other nation is concealing an astonishing technological breakthrough to quietly extend its lead, surely we should respond as we did then. Perhaps Russian President Vladimir Putin's recent chest-thumping claims about propulsion breakthroughs are not pure braggadocio. Or, if these craft really aren't from Earth, then the need to figure out what they are is even more urgent.

Lately, media coverage of the issue of unidentified aerial vehicles has focused on an expired $22 million congressional earmark for Bigelow Aerospace, a contractor with ties to former Senate Democratic leader Harry Reid, Nev. The money mostly funded research and analysis by that contractor, without participation from the Air Force, NORAD or other key military organizations. The real issue, though, is not a long-gone earmark, helpful though it may have been, but numerous recent incidents involving the military and violations of U.S. airspace. It is time to set aside taboos regarding "UFOs" and instead listen to our pilots and radar operators.

Within a roughly $50 billion annual intelligence budget, money is not the issue. Existing funds would easily cover what's needed to look into the incidents. What we lack above all is recognition that this issue warrants a serious collection and analysis effort. To make headway, the task needs to be assigned to an official with the clout to compel collaboration among disparate and often quarrelsome national security bureaucracies. A truly serious effort would involve, among other things, analysts able to review infrared satellite data, NORAD radar databases, and signals and human intelligence reporting. Congress should require an all-source study by the secretary of defense while promoting research into new forms of propulsion that might explain how these vehicles achieve such extraordinary power and maneuverability.

As with Sputnik, the national security implications of these incidents are concerning - but the scientific opportunities are thrilling. Who knows what perils we may avoid or opportunities we might identify if we follow the data? We cannot afford to avert our eyes, given the risk of strategic surprise. The future belongs to not only the physically brave but also the intellectually agile.

Mellon served as deputy assistant secretary of defense for intelligence in the Clinton and George W. Bush administrations. He is a private equity investor and an adviser to the To the Stars Academy for Arts and Science.

Promoted
Listen to the latest songs, only on JioSaavn.com
An F/A-18 Super Hornet military jet captured this infrared video from several miles away of an unidentified flying object moving at high speed. The Department of Defense removed the date and location of the footage before releasing it. (To the Stars Academy of Arts & Science)