Armed Sheriff, Who Stood Outside Florida School During Shooting, Charged

Scot Peterson was the only armed deputy on the campus of Marjory Stoneman Douglas High School when a troubled ex-student opened fire on his former classmates with an AR-15-style rifle. 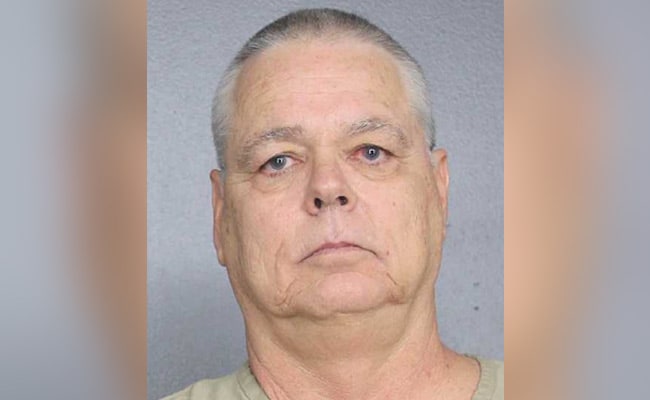 A Florida sheriff's deputy who was assailed as a "coward" for failing to confront the Parkland school shooter in February last year was arrested Tuesday on 11 criminal charges including child neglect.

Scot Peterson was the only armed deputy on the campus of Marjory Stoneman Douglas High School when a troubled ex-student opened fire on his former classmates with an AR-15-style rifle.

Fourteen students died in the Valentine's Day attack, along with three adult staff at the school in Parkland, Florida.

Surveillance video showed that Peterson, a 30-year law enforcement veteran, stood outside the building where the shooting took place -- but never went in.

When the footage surfaced, Trump publicly accused him of being a "coward," claiming he would have entered the school had he been there.

The 56-year-old Peterson faces seven counts of neglect of a child, three counts of culpable negligence and one count of perjury, the Florida Department of Law Enforcement said in a statement.

The arrest follows a 15-month investigation into Peterson's actions during the massacre.

Peterson "did absolutely nothing to mitigate the MSD shooting that killed 17 children, teachers and staff and injured 17 others," said FDLE Commissioner Rick Swearingen.

"There can be no excuse for his complete inaction and no question that his inaction cost lives."

The self-confessed school shooter, Nikolas Cruz, fired between 100 and 150 rounds in a rampage that lasted about six minutes before he discarded his weapon and fled the school by blending in with other students.

He was arrested shortly afterward and has been charged with multiple counts of murder.

Peterson served as a "school resource officer" -- a member of law enforcement who provides security at a school -- for more than two decades.

"I have no comment except to say rot in hell Scott (sic) Petersen," tweeted Fred Guttenberg, whose 14-year-old daughter Jamie was killed in the shooting.

According to the FDLE statement, the probe showed that Peterson "refused to investigate the source of gunshots, retreated during the active shooting while victims were being shot and directed other law enforcement who arrived on scene to remain 500 feet away from the building."

"It's never too late for accountability and justice," said Gregory Tony, the new sheriff of Broward County, where Parkland is located.

At the time through his lawyer Peterson said that his actions during the shooting adhered to protocol, a position that he maintains today.