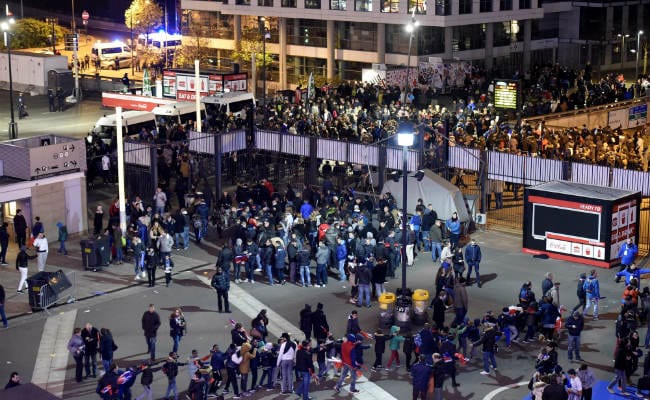 The concert hall, built in 1864 in the chinoiserie style, is aptly named after Ba-ta-clan -- a "Chinoiserie musical" by German-born French composer Jacques Offenbach. (AFP File Photo)

Berlin, Germany: A trove of leaked ISIS group documents features the names of the three jihadists who carried out the assault on the Bataclan theatre during November's terror attacks in Paris, German media reported Friday.

Among the thousands of ISIS registration papers were those of Samy Amimour, Foued Mohamed-Aggad and Omar Ismail Mostefai, said public broadcasters NDR and WDR and Munich daily Sueddeutsche Zeitung.

The three men, using guns and suicide vests, killed 90 people at the Bataclan during a concert by rock band Eagles of Death Metal in the deadliest attack of the bloody rampage that claimed 130 lives across the French capital on November 13.

The German research team said it had now obtained data on several thousand ISIS members from a total of 22,000 documents, many of them duplicates, which were earlier also obtained by British broadcaster Sky News.

They contain the names, addresses, phone numbers and family contacts of jihadists who joined ISIS, as well as their blood type, mother's maiden name, "level of sharia understanding" and previous experience.

The fighters listed in the cache of documents came from across Europe and from the United States, Russia, Indonesia, South Africa and Trinidad and Tobago, the German media team said.

Germany's federal police said Thursday it had access to the same type of documents and considered them highly likely to be authentic, but some experts have voiced doubts or urged caution.

French Interior Minister Bernard Cazeneuve on Friday stressed the need to be "very careful" about the documents.

"We are extremely interested in information which would allow us to... neutralise terrorists but such information has to be authenticated," he said in Washington.

The German report said some papers also made indirect reference to Abdelhamid Abaaoud, the organiser of the Paris killings who recruited old friends and other small-time delinquents to help him carry out the attacks.

Omar Mostefai, a 29-year-old French national from a poor Paris suburb, blew himself up at the Bataclan music venue. His identity was confirmed using a severed fingertip found at the scene.

Another Bataclan suicide bomber was 28-year-old Samy Amimour, a former bus driver from the Paris suburb of Drancy, while the third was Foued Mohamed-Aggad, 23, from Strasbourg.

The report said the papers showed that Mohamed-Aggad had arrived in ISIS territory on December 18, 2013 with an unusually large group of French jihadists that included 14 men and their families.