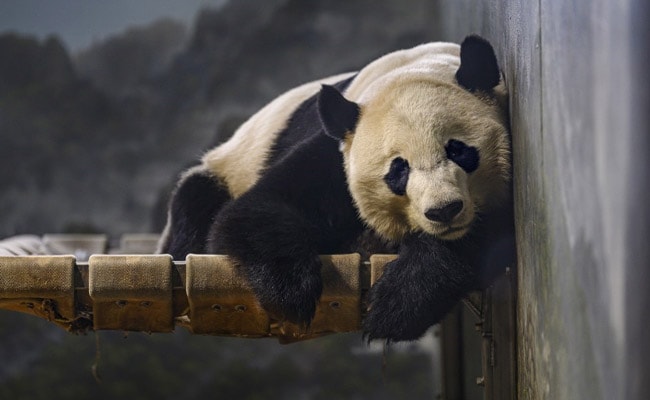 The US-born giant panda Bei Bei has arrived in southwestern China after a 16-hour flight, with plenty of bamboo for him to munch on as he settled into his new home.

China lends pandas to zoos around the world -- a programme dubbed "panda diplomacy".

Once young pandas reach the age of four, they are repatriated to breed with other pandas at sanctuaries in China. The animals are considered "vulnerable" to extinction by the International Union for Conservation of Nature.

Bei Bei was welcomed "home" on Thursday with a ceremony at the Bifengxia Panda Base in Sichuan, local media reported.

Fans had lined up at the National Zoo -- the only home Bei Bei had ever known before his return to China -- to bid the cub farewell ahead of his departure.

His siblings, brother Tai Shan and sister Bao Bao, have already been returned to China, while his father Tian Tian and mother Mei Xiang -- both born in China -- will remain at the National Zoo until at least December 2020.