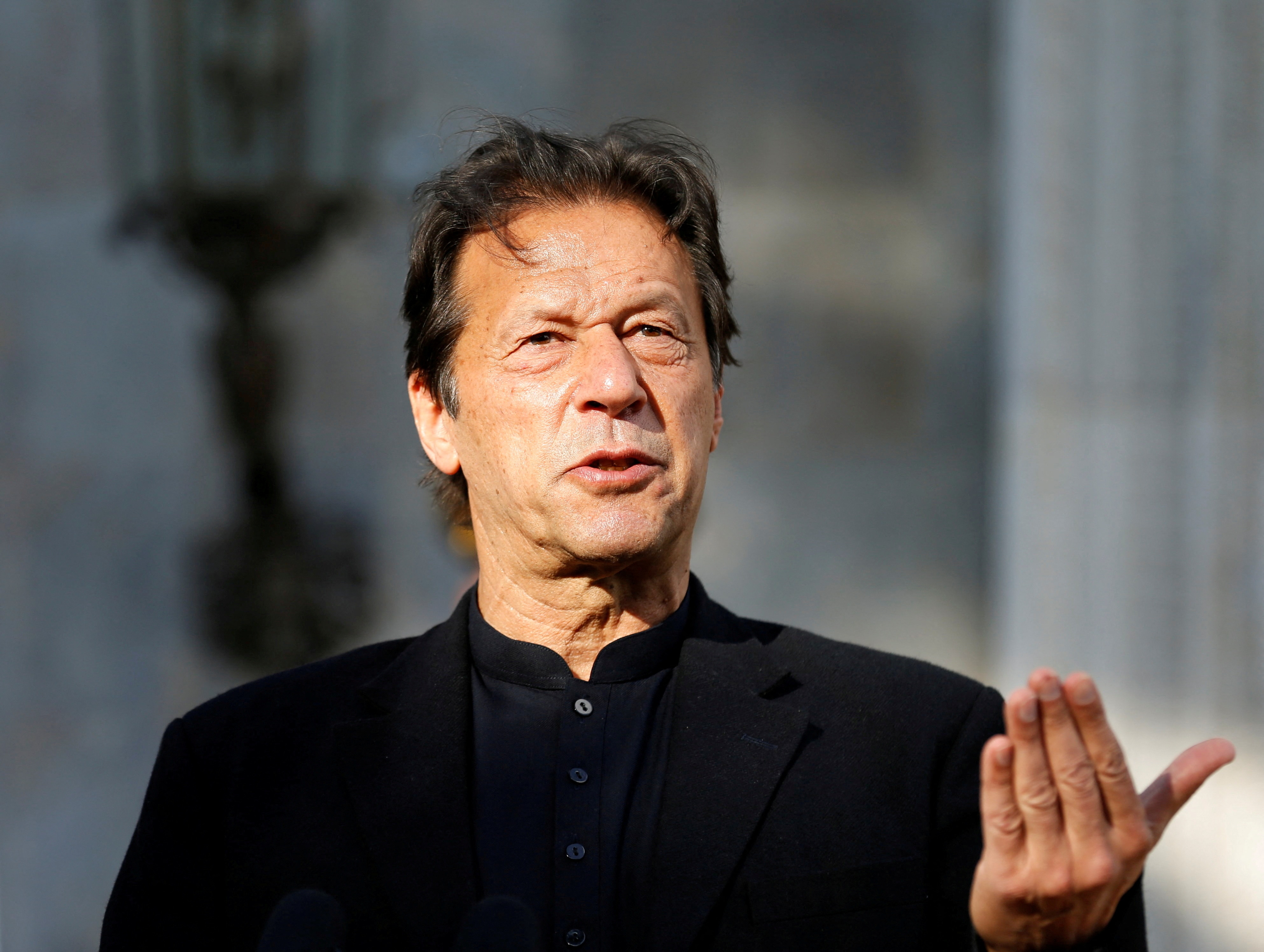 The case against Imran Khan was registered at a police station in Islamabad. (file photo)

Pakistan's ousted prime minister Imran Khan moved the Islamabad High Court on Monday seeking pre-arrest bail, a day after he was booked under the Anti-Terrorism Act for threatening police, judiciary and other state institutions at his Islamabad rally on Saturday.

The petition filed by his lawyers Babar Awan and Faisal Chaudhry stated that Khan was a “target of the ruling PDM (Pakistan Democratic Movement) for his fearless criticism, and extremely bold and blunt stance against corruption and corrupt politicians”, the Dawn newspaper reported.

“And to achieve this malicious agenda, acting in a most unfortunate and clumsy manner, a false and frivolous complaint has been registered against him by the Islamabad Capital Territory (ICT) police at the behest of the incumbent government,” it added.

The plea further alleged that the government had decided to “cross all limits” to arrest Imran “under false accusations” and was “hell-bent to sort out the petitioner and his party at all costs”.

The case against Khan was registered at the Margalla Police Station of Islamabad.

The FIR reads that Khan in his speech had "terrorised and threatened top police officials and a respected female additional sessions judge" with the aim to stop them from performing their functions and abstain from pursuing any action against any individual related to his Pakistan Tehreek-e-Insaaf party .

It says that Khan's speech had spread fear and uncertainty among the police, judges and the nation.

In his address, Khan had threatened to file cases against top police officials, a woman magistrate, Election Commission of Pakistan and political opponents over the treatment meted out to his aide Shahbaz Gill, who was arrested last week on charges of sedition. PTI SCY AKJ SCY