The list in 2018 contained about 7,600 names. It has been reduced to under 3,800 in the past 18 months, according to Castellum.AI, a New York-based regulatory technology company. About 1,800 of the names have been removed since the beginning of March, according to data collected by Castellum. 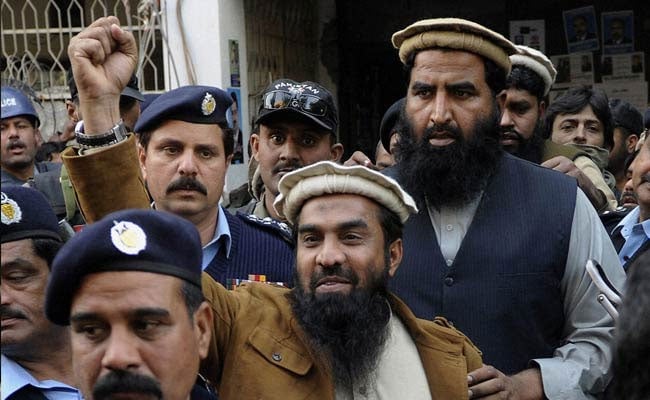 Pakistan has quietly removed around 1,800 terrorists from its watch list since March. (FILE)

Pakistan has quietly removed around 1,800 terrorists from its watch list, including that of the 2008 Mumbai attack mastermind and LeT operations commander Zaki-ur-Rehman Lakhvi, ahead of a new round of assessments by the global anti-money-laundering watchdog FATF, according to a US-based start-up that automates watchlist compliance.

The so-called proscribed persons list, which is maintained by Pakistan's National Counter Terrorism Authority or NACTA, is intended in part to help financial institutions avoid doing business with or processing transactions of suspected terrorists.

The list in 2018 contained about 7,600 names. It has been reduced to under 3,800 in the past 18 months, according to Castellum.AI, a New York-based regulatory technology company.

About 1,800 of the names have been removed since the beginning of March, according to data collected by Castellum.

Pakistan is working to implement an action plan that has been mutually agreed to with the Paris-based The Financial Action Task Force (FATF), part of which involves "demonstrating effective implementation of targeted financial sanctions."

It is possible that these removals are part of Pakistan's action plan to implement the FATF recommendations, it said.

While Pakistan received a rating of "low" effectiveness from the FATF regarding terrorist financing preventive measures and financial sanctions, the FATF did note in February that Pakistan has largely addressed 14 of 27 action items, with varying levels of progress made on the rest of the action, it said.

The FATF will again evaluate Pakistan's progress in June 2020.

Currently placed on the FATF's 'grey list'', Pakistan has been scrambling in recent months to avoid being added to a list of countries deemed non-compliant with anti-money laundering and terrorist financing regulations, a measure that officials fear could hurt its economy, which is already under severe strain.

Several of the names removed from Pakistan's list appear to be aliases for designated terrorists listed on the US or United Nations sanctions lists, according to Castellum.AI.

The lack of certain identifiers - such as dates of birth or, in some cases, a national ID number - on NACTA's list makes it difficult to know for sure, the Wall Street Journal quoted sanctions experts as saying.

In the case of Zaka Ur Rehman, the difference between Zaka and Zaki fits within the parameters of an accurate phonetic translation, the company said.

Castellum.AI said it also searched for the Lashkar-e-Taiba terrorist's full name, Zaki Ur Rehman Lakhvi, on the Pakistan Proscribed Persons list, and he was not on the list. This means that if the removed name is a false positive, that Pakistan has not added the Lashkar-e-Taiba leader to its terrorism watchlist.

According to the Wall Street Journal, no public explanation was given for the removals as they were made, but a Pakistani official said in an email interview that they are part of the country's ongoing efforts to comply with a commitment to strengthen its counter-terrorism safeguards.

The size and speed of the removals is unusual, according to Peter Piatetsky, a former senior policy adviser for the US Treasury and co-founder of Castellum.AI. "Removing close to 4,000 names without a public explanation is unheard of and it raises significant questions about the listing process," he said.

Global standards call for countries to communicate de-listings to the financial sector immediately upon taking such action. Pakistan, which designates entities and persons with suspected links to terrorism under its Anti-Terrorism Act of 1997, hasn't historically done so, the newspaper said.