The journalist, Gul Bukhari, who is a dual Pakistani-British national, has been an unusually vocal critic of Pakistan's powerful military on social media in the run-up to the July 25 general election. 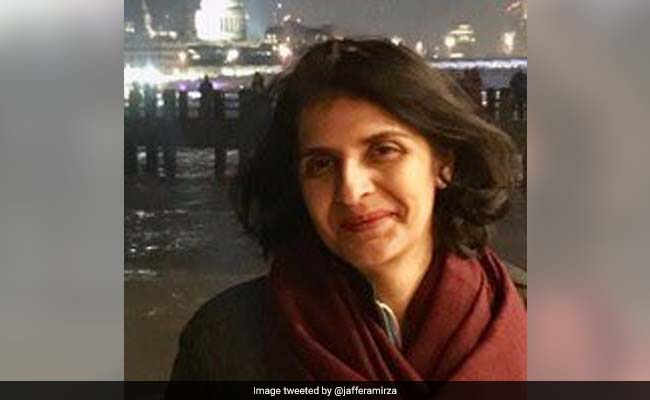 Lahore/Islamabad: A Pakistani journalist and rights activist who openly criticised the military and its alleged meddling in politics was freed early on Wednesday, several hours after being abducted, her family and colleagues said.

The journalist, Gul Bukhari, who is a dual Pakistani-British national, has been an unusually vocal critic of Pakistan's powerful military on social media in the run-up to the July 25 general election. She has also defended Pakistan Muslim League-Nawaz (PML-N) party founder Nawaz Sharif, who has clashed with the military.

Bukhari was on her way to record a TV programme on Tuesday evening on the late-night Waqt news show when her vehicle was intercepted in the cantonment area of the eastern city of Lahore and she was taken away, her husband and two media colleagues said.

"She is back and she is fine" Ali Nadir, Bukhari's husband, told Reuters. He declined to comment further.

Earlier, Muhammad Gulsher, who is a producer on the Waqt news programme where Bukhari appears as a guest, raised alarm about her abduction.

He told Reuters that Bukhari had been abducted when a group of pick-up trucks stopped her vehicle and men in plain clothes dragged her way while other men in "army uniforms" stood guard.

"They put black masks on her face and took her," he said, adding that he was basing his information on Bukhari's driver, who witnessed the abduction.

Pakistan's military did not immediately respond to a request for comment.

Bukhari's abduction drew widespread outrage on social media, becoming the main trending topic on Twitter in Pakistan. Many activists swiftly pointed the finger at the military, calling it part of efforts to stifle dissent.

"If true, this would be a most audacious attempt to silence a known critic. Is this Pakistan or Kim's North Korea or Sisi's Egypt?" tweeted Syed Talat Hussain, a prominent journalist.

"This is just cruel & worst kind of oppression. Sad day. #BringBackGulBukhari," she tweeted earlier in the evening.

Rights groups have denounced the kidnappings of several social media activists over the past year as attempts to intimidate and silence critics of Pakistan's security establishment.

Last year, five Pakistani bloggers went missing for several weeks before four of them were released. All four fled abroad and at least two afterwards told media that they were tortured by a state intelligence agency during their disappearance.

The military has staunchly denied playing a role in any enforced disappearances, as has the civilian government.

In the run-up to the polls, media houses have complained of growing censorship by the military establishment.

Promoted
Listen to the latest songs, only on JioSaavn.com
In the past six months, Bukhari, who has 69,000 Twitter followers, has penned several critical articles for the Nation newspaper about Pakistan's military and the judiciary, accusing them of overstepping their constitutional mandate and trying to interfere in the political process.
© Thomson Reuters 2018