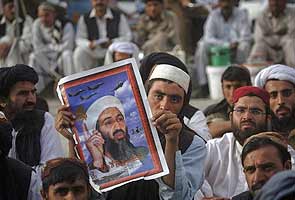 Lahore: Corruption is so pervasive in Pakistan that even Osama bin Laden had to pay a bribe to build his hideout in the northwest where he was killed by US commandos.

Ordinary Pakistanis complain they have to grease officials' palms to get even the most basic things done: File a police report when they have a traffic accident. Obtain copies of court documents. Get permission to see their relatives in the hospital.

Now, an enterprising group of Pakistani officials is cracking down on this culture of graft with an innovative program that harnesses technology to identify corruption hot spots in the country's most populous province, Punjab.

The initiative, which leverages the ubiquitous presence of cell phones, relies on the simple concept of asking citizens about their experience.

But experts say it represents the first large-scale attempt by any government to proactively solicit feedback from citizens who are forced to pay bribes for basic public services and use that information to discipline officials.

"The strength of the model is that word gets out among officials that there is someone watching and there is someone who can make them accountable to what the public says," said Nabeel Awan, a government official who has played a key role in the program. "It may not eliminate corruption, but it does reduce corruption and bad administration."

Pakistan's anti-corruption wing recently estimated that graft costs the country billions of dollars each year. Citizens regularly identify corruption as one of the nation's biggest problems, and it is getting worse. Pakistan slipped nine places to the 33rd most corrupt country in the world last year, out of a total of 176, according to Transparency International.

The issue could gain more relevance in the run-up to parliamentary elections expected in the spring. The vote will be watched closely by Washington, which relies on Pakistan to help fight Islamic militants and stabilize neighbouring Afghanistan.

One of the candidates is former Pakistani cricket star Imran Khan, who has made fighting graft a key component of his party's platform. That has put pressure on candidates from the country's two main political powers, the ruling Pakistan People's Party and the opposition Pakistan Muslim League-N.

The PML-N controls the provincial government in Punjab, and the party may be hoping the anti-corruption initiative, which became fully operational in the middle of last year, will steal some of Mr Khan's thunder.

The program - run by the Punjab Information Technology Board - uses telephone calls and text messages to get feedback from citizens conducting transactions with a dozen different government departments, including those dealing with property, health and emergency response.

Many of the reported cases of corruption involved low-level property officials known as patwaris, who are notorious for demanding bribes. One man in the city of Multan sent a text message saying he had to pay a patwari about $170 to get his new property registered. Another man in Sheikhpura district reported paying about $15 to a patwari and his assistant and said "they should be removed from their jobs."

Osama bin Laden's courier, who built the Al Qaeda chief's compound in the town of Abbottabad, had to pay roughly a $500 bribe to a patwari to purchase the required land, according to Pakistani intelligence officials, who spoke on condition of anonymity because they were not authorized to talk to the media.

While the plight of Osama bin Laden's courier might not elicit sympathy, ordinary Pakistanis - many living on a few dollars a day - often struggle under the weight of the constant demand for bribes.

One man in the city of Multan sent a text saying police were demanding about $300 to register a case for him. A woman in Punjab's capital, Lahore, said hospital officials demanded bribes to allow relatives to visit patients.

The text messages were provided to The Associated Press under condition of anonymity to protect the respondents from retribution.

While the initiative does not attempt to tackle the millions of dollars thought to be involved in high-level government corruption, it faces significant challenges since much of Pakistan's political system is based on patronage. Politicians hand out jobs to their supporters in exchange for votes. It's not the salary or benefits, but the chance to solicit bribes that makes the jobs highly coveted.

Under the program, government clerks are required to log the cell phone numbers of citizens with whom they do business. The citizens then receive a robocall from Punjab's top official, Shahbaz Sharif. The recorded call informs them that they will receive a text message asking if they had to pay a bribe, or whether they have any complaints.

Their responses are logged into a computer database. Call center agents also contact citizens who don't respond in case they weren't able to read the text message, a common problem in a country where the literacy rate is near 50 percent.

So far, more than 1 million citizens have been contacted under the program, and about 175,000 of those either responded to the text message or talked with a call center agent. About 6,000 - or 1 in 29 - reported corruption. More than 18,000 others reported other types of complaints.

The low level of corruption reported could be partly driven by citizens' reluctance to tell government officials the truth, said Michael Callen, an assistant professor of political science at the University of California, Los Angeles, who is conducting research on the program. That could improve as the program becomes more widely known, the anonymity of individuals is protected and more punitive action is taken against corrupt officials, he said.

The initiative's scale and proactive solicitation of feedback differentiate it from other anti-corruption efforts around the globe, such as the "I Paid a Bribe" website run by an Indian non-profit group. The website and other similar schemes rely on citizens to take the initiative to complain. That can produce fictional accusations made to blackmail honest officials, said Umar Saif, head of the Punjab technology board.

The Punjab government already has used data from the program to pressure officials to clean up their operations.

The chief minister's office recently sent the top official in Rawalpindi district more than 100 reports of corruption at an office that issues residency certificates to citizens, said Awan, the official involved in the program. That resulted in clerks being suspended. The government also has punished clerks who sought to avoid oversight by falsifying citizens' cell phone numbers.

But not everyone is convinced the program is a good idea, raising questions about whether there is sufficient political will to follow through.

The top political official in Lahore, Noor-ul-Amin Mengal, said bribes were so ingrained in the system that he was worried the bureaucracy might seize up if low-level officials couldn't take them.

Promoted
Listen to the latest songs, only on JioSaavn.com
"I'm a practical man," Mengal said. "If an official is worried he is going to get into trouble, he may just delay the transaction."