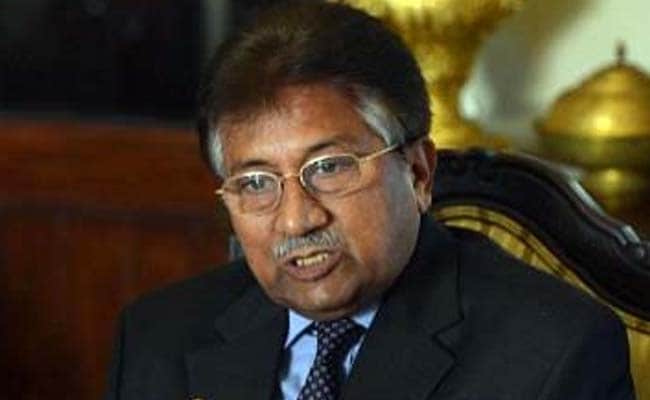 Lahore: Former Pakistan President Pervez Musharraf has admitted in an interview that Islamabad supported and trained groups like the Lashkar-e-Taiba (LeT) in the 1990s to carry out militancy in Kashmir. The former army chief has also said that Lashkar leaders like Hafiz Saeed and Zakiur Rehman Lakhvi enjoyed the status of heroes at that time.

Speaking to Pakistani news channel Dunya News on Sunday, Mr Musharraf said, "In the 1990s, the freedom struggle began in Kashmir...At that time, Lashkar-e- Taiba and 11 or 12 other organisations were formed. We supported them and trained them as they were fighting in Kashmir at the cost of their lives."

He was responding to a question about action against 2008 Mumbai attack masterminds Saeed and Lakhvi. Saeed is among India's most wanted men and roams free in Pakistan, often making provocative anti-India speeches. Lakhvi and six other accused are facing trial for planning and executing the attack on November 26, 2008 that left 166 people dead. But he was granted bail by a Pakistani court earlier this year, triggering a strong protest from India.

"The Kashmiri freedom fighters including Hafiz Saeed and Lakhvi were our heroes at that time. Later on, the religious militancy turned into terrorism. Now they (referring to terrorists in Pakistan) are killing their own people here and this should be controlled and stopped," he said.

When asked whether Saeed and Lakhvi should also be "controlled and stopped", Mr Musharraf said: "No comments."

Mr Musharraf also said that "religious militancy" was started by Pakistan which brought militants from all over the world to fight against Soviet forces.

"We trained Taliban and sent them to fight against Russia. Taliban, Haqqani, Osama Bin Laden and Zawahiri were our heroes then. Later they became villains," he said, adding that people need to understand the whole environment at that time.