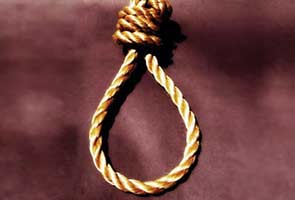 Abdul Basit, 43, who was convicted of murder in 2009, contracted tubercular meningitis in 2010 while in prison which left him paralysed from the waist down, according to rights groups and jail officials.

Basit was due to be hanged today, but a court delayed the execution after Justice Project Pakistan, the human rights law firm handling his case, raised concerns about how the wheelchair-bound man would mount the scaffold.

"The hanging has been postponed. A magistrate in the morning ordered the postponement because Abdul Basit is a disabled man," Usman, an official at Faisalabad jail where Basit is being held and who goes by one name, told AFP.

According to Justice Project Pakistan, prison guidelines require that a prisoner stands on the gallows and the rope's length is determined by his standing height.

They said in a statement last week that attempting a hang a wheelchair-bound convict may not work.

Basit's mother Nusrat Perveen also confirmed the execution delay, telling AFP that a jail official had called her to inform her "the hanging has been postponed because of Basit's sickness".

Pakistan has hanged more than 200 convicts since ending a six-year moratorium on executions last December, after Taliban militants massacred more than 150 people -- mostly children -- at a school.

Amnesty International estimates that Pakistan has more than 8,000 prisoners on death row, most of whom have exhausted the appeals process.

Supporters argue that the death penalty is the only effective way to deal with the scourge of militancy in the country.

But critics say the legal system is unjust, with rampant police torture, poor representation for victims and unfair trials.