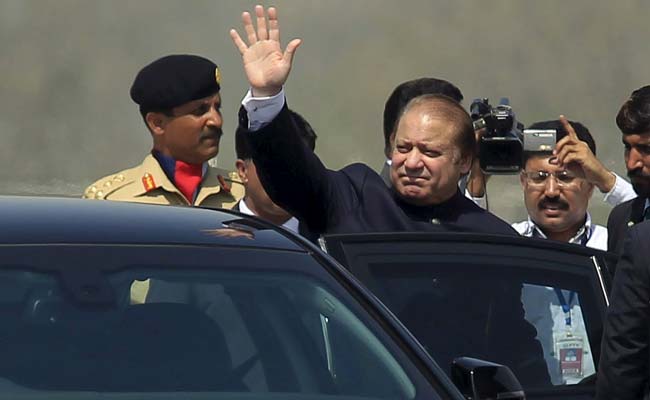 Pakistan is "not in a hurry" to decide whether to join the Saudi-led coalition against rebels in Yemen, the prime minister said Tuesday, before a round of shuttle diplomacy involving Iran and Turkey.

Nawaz Sharif told a special parliamentary debate on Yemen he thought the diplomatic efforts planned for the coming days would yield results.

Saudi Arabia has asked its longstanding ally Pakistan to contribute planes, ships and ground troops to the operation against Shiite Huthi rebels in Yemen.

But Pakistan has resisted so far, calling for a diplomatic solution and saying it does not want to take part in any conflict that would worsen sectarian divisions in the Muslim world.

Iran, the major Shiite power, has strongly criticised the military operation in Yemen by a coalition of largely Sunni Muslim nations. It accuses Saudi Arabia of sowing instability with its air campaign.

Sharif has said any Pakistani participation would need the backing of parliament and convened a special session to debate the matter.

He told lawmakers on Tuesday that he did not want to "manipulate you to get a mandate".

"Take your time, we are not in a hurry, we will take all your good points and I want the parliament also to say something about demands of our friends," said Sharif, who was sheltered by Saudi Arabia when overthrown in a 1999 military coup.

Sharif met his Turkish counterpart Ahmet Davutoglu in Ankara on Friday and said afterwards both countries wanted a peaceful resolution to the Yemen crisis.

More talks involving Turkey, Iran and Pakistan are planned in the coming days, with Turkish President Recep Tayyip Erdogan due to meet the leadership in Tehran on Tuesday.

"We are actually waiting for an answer, which I expect will arrive by tomorrow," Sharif said, adding that Turkey may send its foreign minister or convey the message by phone.

"We will see what we can do after that. We might visit other Muslim countries together."

Iranian Foreign Minister Mohammad Javad Zarif is due in Islamabad on Wednesday to discuss the situation.

On Tuesday the Pakistan Navy evacuated another 146 of its citizens from Yemen, along with 36 foreign nationals. Hundreds more Pakistanis have been whisked out of Yemen in the past two weeks for their own safety.

Pakistan faces a tricky dilemma over intervention in Yemen. It has long enjoyed military ties with Riyadh and has benefited hugely from the oil-rich kingdom's largesse over the years.

On Tuesday, Pakistan defence minister Khawaja Asif said there were around 1,000 Pakistani troops already based in Saudi Arabia but had nothing to do with the Yemen operation.

"Some of them are doctors, others are technical. They are scattered," he told Geo television.

Promoted
Listen to the latest songs, only on JioSaavn.com
Like Saudi Arabia, Pakistan is majority Sunni Muslim, but 20 percent of its population is Shiite and the government is wary of fanning sectarian discord at home.